Home Article Who is Bart Millard's Wife? All the Details About his Married Life and Relationship

Who is Bart Millard's Wife? All the Details About his Married Life and Relationship 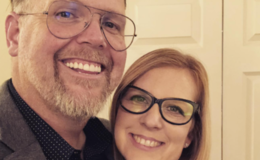 Bart Millard is a well-known singer and songwriter from the United States. In this article, learn all about Millard's personal life.

Bart Millard is a well-known singer and songwriter from the United States. Millard, 49, is best recognized for his role as the frontman of the band MercyMe.

Millard has recorded two albums under his name, the first of which was titled Hymned, No. 1, and the second was titled Hymned Again. For the latter record, which he released on his own, he was recognized with a nomination for a Grammy in the Best Southern, Country, or Bluegrass Gospel Album category.

Who is Bart Millard's Wife?

Bart Millard's wife is Shannon Millard. The lovebirds are rarely seen together in public, so there has been speculation over the couple's marital status. He posts on his Instagram how much he appreciates the selfless sacrifices that his wife makes. 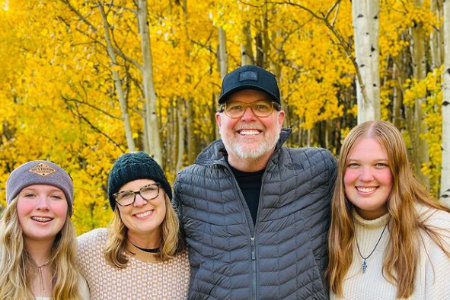 Millard became acquainted with Shannon Millard when he was young and participated in a youth group at the local church. As per abtc, They started dating when they were teenagers, and after having an excellent connection with one another for such a long time, they ultimately were married nine years later, on November 8, 1997.

They have five kids named Sam Millard, Charlie Millard, Miles Millard, Gracie Millard, and Sophie Millard. Despite his hectic schedule with the band, he always makes sure to prioritize spending time with his loved ones, particularly his wife and their children.

Bart says, "We're affectionate with each other in front of our children. I know they're watching and I know that influences how they'll treat the person they'll be with."

Bart Millard's ambition of becoming a football player stopped when he suffered an ankle injury during a high school game. So he chose choir as an elective. When Millard's dad, Arthur Wesley Millard Jr., passed away in 1991 during his first year of college, the church's youth pastor asked him to join the youth group worship band. 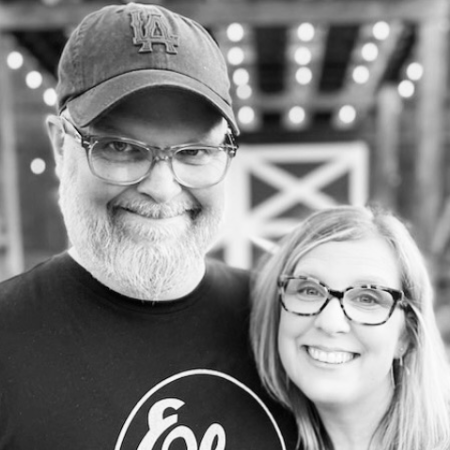 Bart Millard's ambition of becoming a football player stopped when he suffered an ankle injury during a high school game. SOURCE: Instagram

The group's video and audio systems were accepted by Millard, who worked with them. James (Jim) Bryson, who played piano for that group, later traveled to Switzerland to perform with Bart Millard and the worship group. Millard was motivated to pursue a full-time musical career after this trip.

MercyMe was founded in Oklahoma City by Millard and his pals, James Phillip Bryson and Michael John Scheuchzer. The group has released six independent, ten studio, two holiday, and three compilation albums since then.

With Hymned No. 1, Bart fulfilled a promise he made to his grandmother to record a hymnal before she passed away. He also recounted how his grandmother's religion served as an inspiration to him. The second of Millard's two hymn albums was created because he noticed that the church he was attending did not sing hymns. So Millard wanted his children to grow up with hymns.

Regarding the hymn CDs, Millard claimed that his father significantly influenced his musical choices, especially when it came to Louie Prima and Willie Nelson. Since MercyMe is akin to Coldplay and these hymns are more in the style of Frank Sinatra, according to Millard, these inspirations would not be suitable for MercyMe.

Millard started his solo project to give voice to musical genres that MercyMe would not have supported. He said in his childhood church, they sang the Hank Williams hymn I Saw the Light.

The tongue-in-cheek allusion to the first album is made in the title of Hymned Again. The second album sought to produce a Kansas City swing/shuffle vibe in the style of Louie Prima, Harry Connick Jr., and Jamie Cullum, and it succeeded in doing so. The first album attempted to make tunes that Bart did not particularly care about cooler.

In Greer's opinion, this CD was quite similar to She by Connick, which, according to Millard, was performed five or six times. Bart claimed that he could achieve this by playing a few of these performers' records. Although musically, the songs on the album Hymned Again follow the Great Revival era's tradition, according to Millard, this was not done on design.

As per Millard, the only original song on the album, Jesus Cares for Me, was written by Thad Cockrell. The singer claimed the tune "could've been written 50, 60 years ago." Millard hesitantly requested Vince Gill's involvement on the record. Millard expressed optimism that there might be another Hymned project.