Home Article Who is clive Myrie Married to? Detail About his Married Life and Relationship

Who is clive Myrie Married to? Detail About his Married Life and Relationship 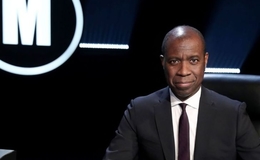 Clive Myrie is a popular journalist who shot to fame after being announced as the host of Mastermind. Today, Clive enjoys life with his wife, Catherine Myrie. Here's everything you can learn from his married life to his recent surgery and medical condition.

The Mastermind host Clive Myrie and his wife Catherine Myrie make an amazing couple. Clive describes meeting his wife as love at first sight and gradually grows into true love.

With several obstacles in their life, Clive and his long-term wife are still together and living a happily married life with no children. The two not only blossomed their affection but also helped each other to flourish their career.

The lovebirds fell head over heels at first sight with each other after meeting in 1992. Also, in an interview with BBC News, 56 years old gushed over his talented antique, renovator wife, confessing how he met her. 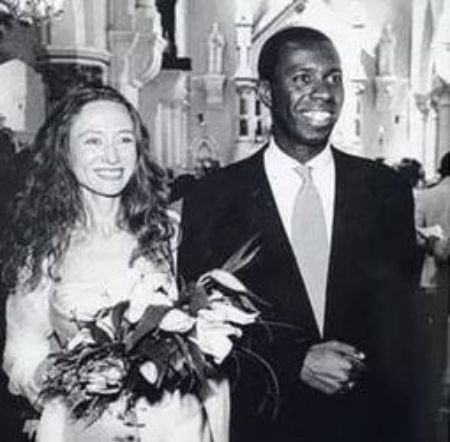 Well, Clive opened up about meeting his future wife at the London launch of a book about Swiss cheese. After dating for six years, the duo finally exchanged vows six years later, in 1998.

The wedding ceremony took place at the Corpus Christi Catholic Church in Covent Garden. The happy pair had their honeymoon on Venezuela's Maracaibo Coast right after Clive got a promotion at his job.

Enjoying a Blissful Marital Life with his Wife, Catherine Myrie

Until today, the couple is blessed to have each other and maintained a low profile. It's been 24 years that they have been committed to each other, and their love for each other has never changed. 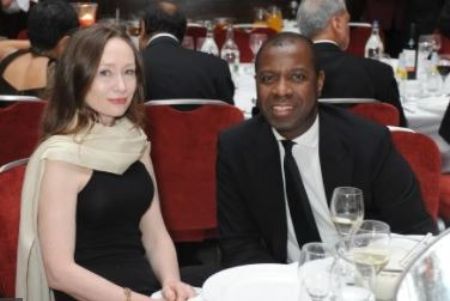 Catherine Myrie is the supportive wife of her spouse Clive Myrie. SOURCE: Times

Thanks to such great chemistry, Clive and Catherine are free from any types of rumors about their extramarital affairs and divorce. And we hope for their prosperity and happiness. It is also not known if the duo shares any children.

As per his words, his furniture restorer upholsterer wife is his main source of inspiration to climb the ladder of his success. The Mastermind host also opened up their love to explore second-hand stores and antique shops for new items.

Detail About His Scar on His Neck & Surgery

TV fans were concerned if Clive had been injured in the midst of the war crisis. A newsreader was seen with a scar on his neck while presenting news of the intensified attack on Kyiv, Ukraine, for BBC News at Ten'O Clock.

Check out the video of Clive Myrie reporting on BBC.

Everyone was amazed at his bravery, who continued to get accurate and relevant information from Ukraine. Further, Myrie has not revealed any detail of his possible illness and surgery.

Other than his that, Clive also opened up about getting racial hate. As his career reached new heights, it also brought negativity to the public eye. 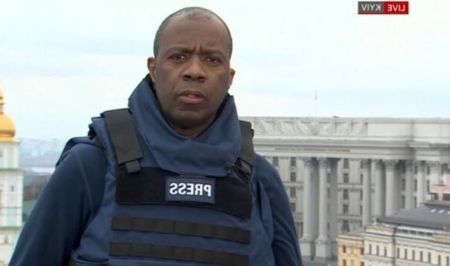 A British journalist had become a household name since reporting for the Ten'O Clock News on the covid crisis in the Royal London Hospital.