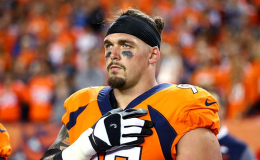 Derek Wolfe married his girlfriend Abigail Burrows after a year gap of engagement and are very happy with their conjugal life.

American football defensive end for the Denver Broncos Derek Wolfe is not an eligible bachelor anymore. The American professional football player has recently commenced his conjugal life with his soulmate.

Who is the lucky girl to fit in the life of Derek? If you guys are curious to know then scroll down.

Broncos defensive end Derek, married his girlfriend, Abigail Burrows most recently on 25th February 2017 in a chilly outdoor ceremony at the Four5 Seasons in Vail, Colo as per the post on social media. 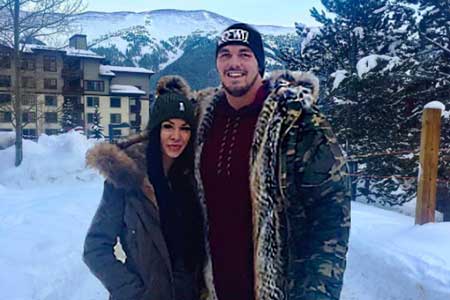 Many of his team colleagues maintained their presence on the very occasion and shared the moment with the fans.

Wolfe declared his engagement with his girlfriend in May 2016 via Instagram and eventually, the couple got exchanged rings on May 20 in the presence of family and friends.

Feb 25th 2017 the happiest day of my life. Standing in 14 degree weather @abigailjwolfe said "I do" I love you so much. Thank you @gwenivereluxuryre @pinkmonkeysolutions @abcweddings pictures by the talented @jennaleepics jeweler by @jayfederjewelers and the whole @defwu_official crew.

Excited to spend the rest of my life with this amazing woman. #engaged

The groom and the bride looked really very attractive in their occasional wear. They really seem as the heavenly made couple!

Derek is the Broncos defensive end of the National Football League (NFL). He also showed his talent via college football at the University of Cincinnati.

According to the source, he said,

"I am a strong believer that in life you're going to become who you have around you."

He has well established in the state as he expressed the valuable words above. The 27-year-old player has chosen 36th among the NFL team bu Broncos in 2012 NFL Draft.

He debuted in the professional game opposite to the Chicago Bears on 9 August 2012 and concluded his game with 2 sacks and 3 tackles.

Here is an interview with Derek Wolfe on The Dan Patrick Show:

The year 2015 was proved to be the career transition year for Wolfe as he proved himself one of the best-run stuffers. His movement finally dragged him to the way of victory and he got the title of AFC Defensive Player of the Week.

Derek signed a four-year continuation contract with Denver Broncos worth $36.7 million on 15th January 2016 which is really a matter of pride for him. 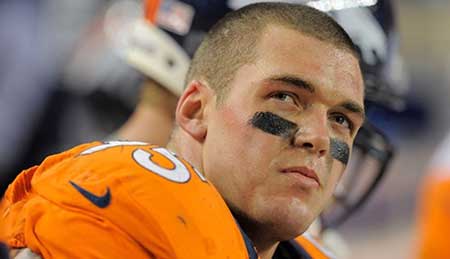 As Derek has presented himself as one of the best in his field, we wish him all the luck for the enhancement of his personal as well as professional life.