Home Article Who is ESPN Radio host Ryen Russillo's girlfriend? Did he get married?

Who is ESPN Radio host Ryen Russillo's girlfriend? Did he get married? 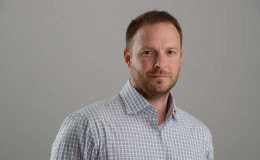 ESPN radio host Ryen Russillo is known for his amazing voice and is very popular mostly among the ladies. People's attraction towards him leaves everyone wondering about his relationship status.

So, is the handsome American host married or dating someone? Let us find out!!!

Who is ESPN Radio Host Ryen Russillo's Girlfriend? Did he get married?

The 43-year-old American hosts have not really been open up about his girlfriends or came up with any particular names but he has been spotted with several women over the years.

“Was just watching ‘Life or Something Like it’ AGAIN the other day and now I totally get it. Just because I'm really attractive and only date pro athletes it doesn't mean I'm truly happy. I love my sick car and two homes, but maybe I should date a civilian?”

There were rumors that Ryen once dated fellow ESPN personality Cari Champion while she was unmarried but the news was never confirmed by any of them.

Well, it's still a mystery to be solved!

The controversy between the two started back in 2005 when Russillo was at a party. According to the rumors, Russillo hit on a woman who just so happened to be talk show host Dennis’s daughter.

Also See: Michelle Beadle may be getting married to Actor boyfriend Steve Kazee soon. They have dated too long

John Dennis was upset because of his behavior which led him to leave him a threatening message to Ryen.

It is not our job to make a judgment call on what’s fair and what’s unfair but according to the rumors, Dennis pulled his strings and got Ryen fired because he in some way dishonored his daughter.

Ryen Russillo Brags About Not Having Kids

Once in a voice recording, Ryen said that it would be great to not have to go to work and hang around with kids which but then he says that the feeling goes away real quick as he’d never be able to go through the diaper changing or sitting through a bad movie.

It is really hard to understand if Ryen wants kids.

Ryen Russilo is the main host of 'Russillo and Kanell'. Ryen previously did commentary for the New England Patriots on WBCN before he was let go because of his personal conflict with John Dennis of WEEI.

Dennis left a threatening voicemail to Russillo which started a dispute between the two. Ryen then started working in the ESPN and has continued to work there for over a decade.

Recommended: Stephanie Van Pelt, wife of Scott Van Pelt is living happily with her husband. Know about their family and children.

After 11 years, the quarrel between the two was lit up again and in a Super Bowl party held in Indianapolis, the two almost started the fight.

As a result of the controversy, Ryen got suspended from ESPN and the whereabouts of his job is still unknown.