Home Article Who Is Karen McDougal? Play Boy Model and Actress Claims Donald Trump Had A Year Long Affair With Her, When He Was Married!

Who Is Karen McDougal? Play Boy Model and Actress Claims Donald Trump Had A Year Long Affair With Her, When He Was Married! 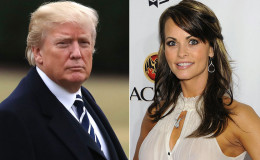 McDougal claimed she had an affair with Trump from 2006 to 2007. They were in a relationship for about 10 months. Karen McDougal is former Playboy model and actress.

President Donald Trump affairs allegation with adult actresses and Playboy models has been quite common and most recently, Trump has been once again surrounded by another affair allegation with Former Play Boy Model, Karen McDougal

Karen McDougal Claims She had an affair with President Donald Trump: Is it True?

Former Playboy model, McDougal reportedly claimed that she and President Trump was in a relationship for a year. At the time, Trump was still married to his present wife, Melania Trump. The pair first met at the Playboy party in June 2006.

Soon after that, Trump invited the model to his private bungalow at Beverly Hills hotel for dinner. They got physical for the first time there and ended up having sex. Their relationship continued for about 10 months and during their relationship, she went to the Miss Universe Pageant and golf tournaments along with Trump. Their relationship casually ended in April of 2007. 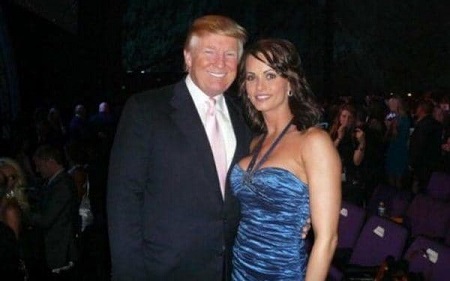 Shortly before the 2016 election, McDougal also signed a $150,000 (£106,936) worth contract with the National Enquirer in non-disclosure agreement for her affair with Trump, the publication never published the story, instead, buried it and kept it away from the public.

Talking to the New Yorker, McDougal explained she regrets signing the contract:

"It took my rights away".

The former Playboy model came forward exposing her affair with Trump in news by Ronan Farrow of The New Yorker. She said:

"I was so nervous! I was into his intelligence and charm – such a polite man. “We talked for a couple hours, then it was ‘ON’! We got naked and had sex. “He told me, ‘you are special’.” 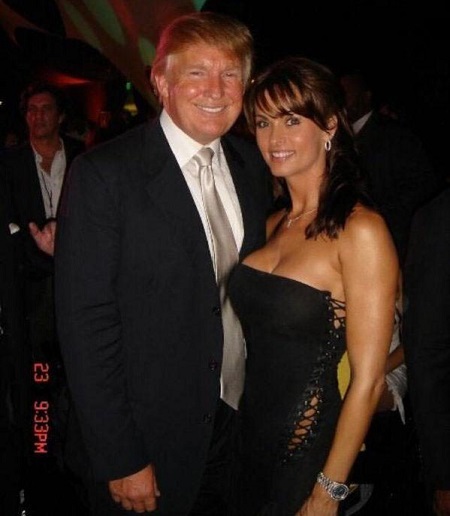 Play Boy Model and Actress Claims Donald Trump Had An Affair With Her
Source: The Sun

Addressing the allegation, the spokesman of Trump the news is "totally untrue". The spokesman said:

“This is an old story that is just more fake news. The President says he never had a relationship with McDougal.”

President Trump, on the other hand, has strongly denied the allegations against him.

Who is Karen McDougal?

Born in Merrillville, Indiana, Karen McDougal is former Playboy model was voted as the runner-up of "The sexiest Playmate of the 1990s" and also became Playmate of the Year in May 1998.

Prior to modeling, she was a nursery school teacher. She entered modeling after winning Venus Swimwear swimsuit competition in 1997. Soon after that, she was launched by Playboy and since then, McDougal has established herself as a successful model and also appeared in several magazines including the cover of Men's Fitness magazine. 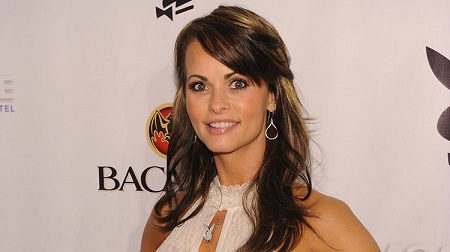 Karen McDougal is a former Playboy model and actress
Source: In Touch Weekly

Besides, she is also an actress who has performed in several television commercials and shows including The Arena, Jake in Progress, and Lovespring International. Moreover, she also hosted television show Wild On! as a guest host and also appeared in music videos with singer David Lee Roth.

The former model is also an owner of a company, Pharmore Alternatives which sells various health and wellness supplements. 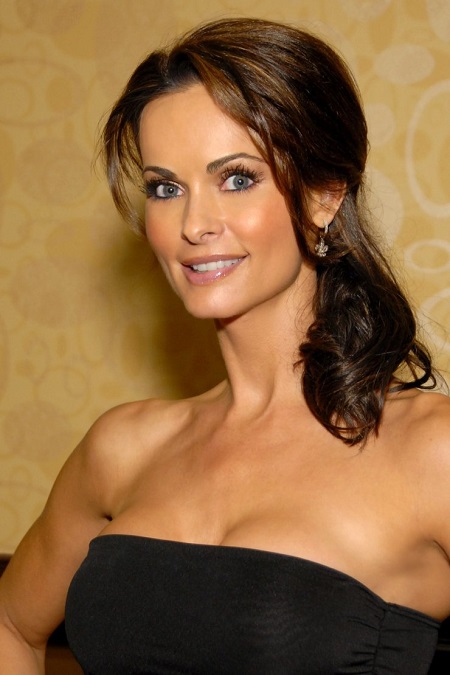