Home Article "Baby Alert" Marina Squerciati and her Husband recently welcomed their first Child together. Let us all congratulate the Couple

"Baby Alert" Marina Squerciati and her Husband recently welcomed their first Child together. Let us all congratulate the Couple 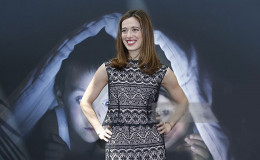 Most of you might not know this but she's a happily married woman and the best part is that she's just become a mother to her first baby!

A big congratulation to Marina and her husband and we are eagerly awaiting a beautiful family portrait of them.

To know all the details about her let's dive in!

Just a few months back, the Chicago P.D. actress announced that she's expecting her first child, posting her adorable baby bump on Instagram. 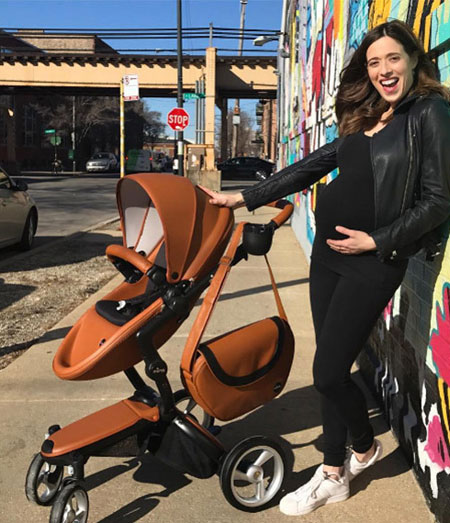 Marina flaunting her baby bump with a stroller, Source: Instagram

"SURPRISE! It's been hard to keep the secret , but since @MIMAUSA sent me the COOLEST stroller (& matching bag) in the world, I thought: what better way to tell you all the news?! (Don't be surprised to see Burgess holding a LOT of file folders in front of her stomach on #ChicagoPD.)"

And now, the most exciting thing has happened as the couple, Marina and her husband welcomed their baby daughter together on May 6, 2017.

She made the big announcement a few days after the delivery on May 9, revealing the first pic of her baby and wrote,

"Please welcome our newest female detective on the #ChicagoPD force! And to all my friends who got me Pampers off my registry...THANK YOU. Um, turns out babies use them."

On the special occasion of Mother's Day, May 14, she posted an adorable picture of her mother holding her newly born giving a grand gesture with a big smile!

It's wonderful to have my mom visit us on Mother's Day! So far my baby girl has "given" me lots of diaper changes for #MothersDay. Next year, I'm hoping she'll get me flowers. We'll see.#itsallsonew #messymom #PampersPartner #learningasigo #newmom #beautifulmess #newborn #nevergrowup #parenthood #learningcurve #diapersgalore #happy #3generations #pampersMoms @pampersus

The gorgeous 33-year-old actress is completely different in real life as compared to on screens. 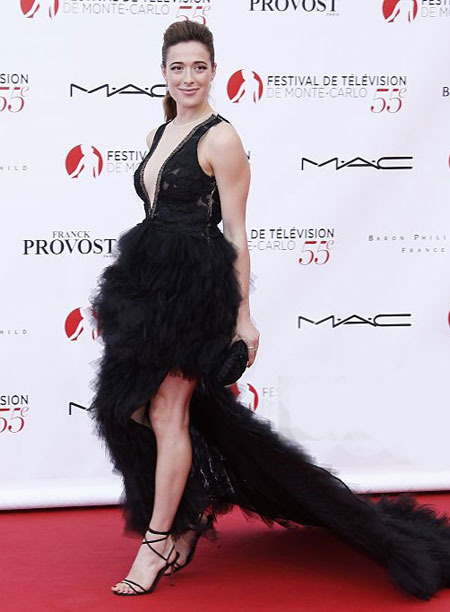 The bold and exclusive detective is pretty coy about her personal life and chooses to keep it under the radar.

Sources report that she's already married, but the identity of her husband is yet to be revealed.

Not only this, she was once rumored to be dating her co-star from the series, Patrick John Flueger and media even doubted that he could be the potential father of her baby.

Well, the tabloids can be pretty wrong sometimes as these are all just baseless rumors without any evidence. Marian and Patrick are best friends and co-actors and the rest doesn't matter.

Marina and her husband, however, made their appearance at the Unicef Neverland Masquerade Ball in Chicago, back in 2015 together. 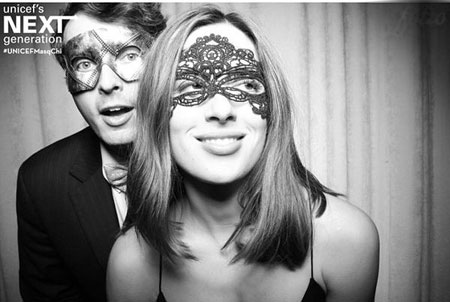 Marina with her husband at Unicef Neverland Masquerade Ball in Chicago, 2015.

Both had their faces covered in masks, as per the theme of the ball, but both looked adorable together.

beautiful pics of Marina and her husband pic.twitter.com/CS6lXy6urA

Well, the secrecy of the actress is making all her fans crazy but we hope she'll soon disclose the information about her married life.

The identity of Marina Squerciati's husband is finally revealed. Marina Squerciati is married to husband Eli Kay-Oliphant. The couple reportedly got married in 2016 and has maintained to keep their life a secrecy.

Born and raised in NewYork City, NY, USA, Marina Squerciati is one of the talented American actresses in the industry.

She started off as a theater actress after graduating in BA in Theater from Northwestern University. 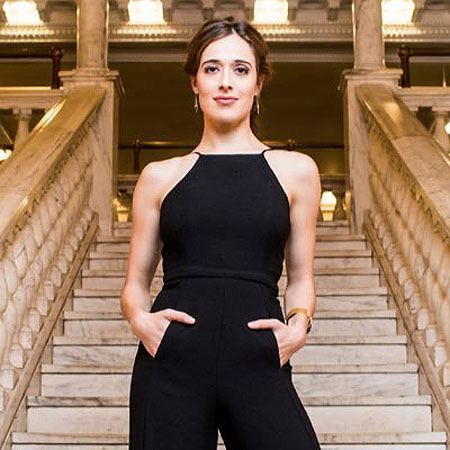 Actress Marina for a photo shoot.

With her exceptional acting skills, she was awarded the prestigious Agnes Moorehead Award for portraying the role of Judy Holliday in a Broadway play, Just in Time: The Judy Holliday Story.

Later on, she made her first film debut in 1993 with the movie The Nutcracker, under the direction of Emile Ardolino. She grabbed a lead role in 2009's movie It's Complicated that gained her more attention. 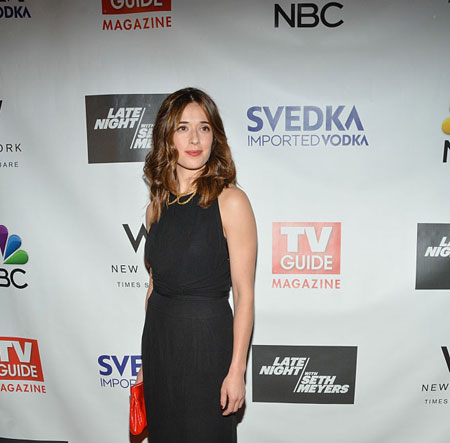 In 2012, she was featured in famous movies Alter Egos and Frances Ha.

Despite her brilliant acting skills, she didn't gain much attention in movies until she tried her hand in American Television.

She made her TV debut through Law & Order: Criminal Intent in 2009. Marina went on to make several guest appearances in series like The Good Wife, Damages, Blue Bloods until in 2011, she grabbed the spotlight from the series Gossip Girl. 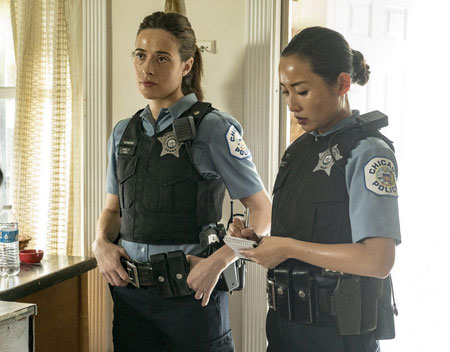 Marina from one of the scenes of the series Chicago P.D.
Source: TvGuide

Following this, she got the chance to star as Officer Kim Burgess, one of the leads in crime-thriller series, Chicago P.D. since 2014 which she continues doing till the date.

Well, we are very happy for the couple and wish them good wishes for their future endeavors.