Home Article Who is PJ Liguori's Girlfriend? Find out his relationship status.

Who is PJ Liguori's Girlfriend? Find out his relationship status. 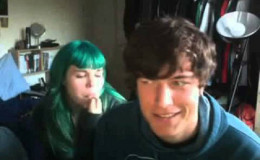 'Oscar's Hotel for Fantastical Creatures' star PJ Liguori is one of the well-known faces in the entertainment industry. Currently, he has been rumored of being romantically involved with a girl. Simply it means, that the handsome video blogger is in love!!

Liguori, who is a popular YouTube photographer, comedian, entertainment artist as well as musician is currently dating someone and all his fans are going crazy to know who is the lucky lady. So without further delay, let's find out who is the lucky girl.

Is PJ Liguori dating someone?

According to sources, PJ has finally revealed who he's been dating this long. PJ who has become a part of the famous English YouTubers "Fantastic Four" has fallen for his own friend Sophie Newton.

At 28 years of age, the talented artist has finally found the love of his life and their pair is simply adorable.

He is currently dating Sophie Newton and they look so adorable together in their recent Instagram posts.

As per our sources, the cute couple has been dating for a long time and are in a live-in relationship. They really like each other and enjoy each other's company a lot.

Before dating Sophie, PJ was in a relationship with the famous female video blogger Lex Croucher also known as "Tyrannosauruslexxx", who became popular for her first video blog 'I'm an idiot'. Lex and PJ dated for a year and broke up after that.

As for now, PJ has finally moved on from his past and is happy with his new partner, Sophie. Lately, they have been spending a lot of time together; traveling and visiting different places and also working together for their new video project.

Another Top Talent: Know about the YouTube sensation Caspar Lee's current dating life including his past relationships

Here are some Instagram photos of the couple looking really happy and enjoying with their friends.

THAT'S A WRAP! thanks so much to the amazing cast and crew who have made hair and brimstone the funnest shoot I've ever been on! #hairandbrimstone

PJ Liguori is an Italian-British YouTube photographer and video blogger, born in Peterborough, England, who has won a Virgin Media award for his shot film 'PJ, Tiny Planet Explorer'. After launching his YouTube channel Kick the PJ, he has now more than 4 million subscribers.

Also Read: YouTube stars Jesse Wellens and Jeana Smith getting a divorce as the couple lament the split

After launching his YouTube channel Kick the PJ, he has now more than 4 million subscribers.

Apart from making funny videos and blogs, he is also a talented photographer and musician. He has also released his album called "Stories From Somewhere."

He has become a teenage sensation at such a young age and is loved by all his viewers for his awesome creativity and his versatility. We hope that PJ continues to do what he does the best and also settle down soon with his

We hope that PJ continues to do what he does the best and also settle down soon with his sweetheart Sophie and carry on a wonderful journey together.