Home Article Is Mexican Boxer Canelo Alvarez Still Dating Fernanda Gomez? He Shares a Daughter From His Past Affairs; Who Is The Mother?

Is Mexican Boxer Canelo Alvarez Still Dating Fernanda Gomez? He Shares a Daughter From His Past Affairs; Who Is The Mother? 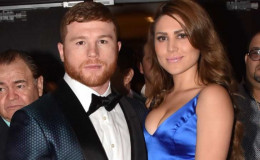 Mexican boxer Canelo Alvarez is living a blessed life with his daughter. He is reported to be dating Fernanda Gomez but they haven't confirmed their relationship yet.

Is he dating someone in secret or still single? Let's get details.

Canelo Alvarez and Fernanda Gomez first met in October last year at an OMB Gala. Sources reported that the two have been dating one another ever since. 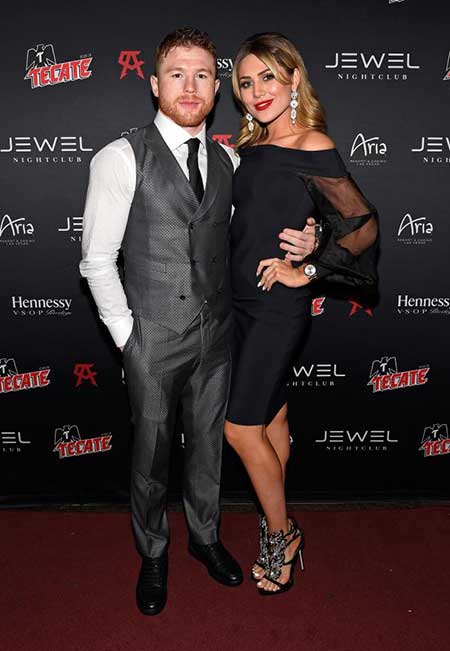 Fans and media, however, don't stop chasing their favorite celebs no matter what goes the next. Though Alvarez and Gomez are rumored to be dating, they haven't been spotted together in public these days.

We wonder, are they still dating one another or have chosen separate paths to move forward?

With many speculations going on, the Mexican star posted an Instagram image with his former love Nelda Sepulveda on 17 February 2017 wishing her a very 'Happy Birthday'.

"Happy Birthday to one of the women I love most in life... TUIIII my friend who takes care of me and always wants the best for my thanks for all Llije TQM."

Well, the above post simply says that the two are still together.

It's still a mystery whether Alvarez is back with his previous love or he's happy with Gomez.

Canelo Alvarez's Past Affairs And Relationships

The boxer was previously in a relationship with Marisol Gonzalez. She is Miss Mexico Universe 2003 and has made quite a name being a sports reporter for Televisa Deportes.

As per some sources, the two first started dating in 2010 and engaged in 2011 but called off their betrothal in mid-2012. 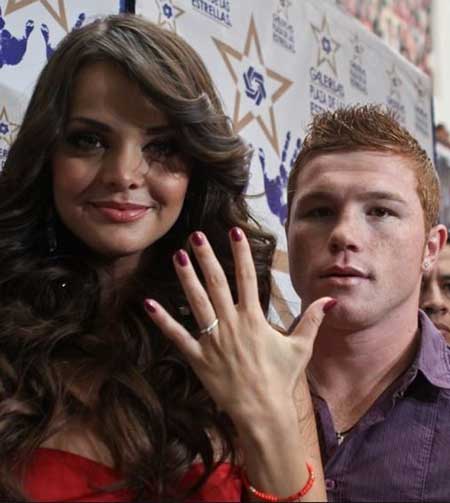 A year later, his relationship with Cynthia Rodriguez grabbed a lot of media attention. Rodriguez is a singer and reality TV actress in Mexico. Alvarez reportedly broke up with his girlfriend in 2013 for being disloyal and betting against him in a Saturday's Pay per view match.

He is blessed with a daughter, Emily Cinnamon Alvarez from his past affair. The Mexican puncher adores his daughter so much that he got a huge tattoo of his daughter on his arm.

He was also romantically linked with Colombian model, Barbara Turbay and singer and actress Belinda.

In April 2016, he dated businesswoman, Nelda Sepulveda. They two even ended their relationship and the reason behind the step is still unknown. 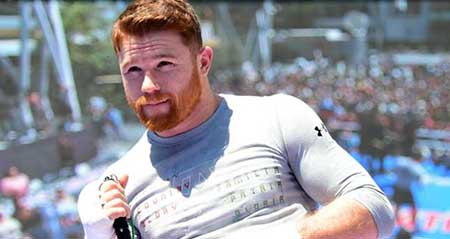