Home Article Catfish's Nev Schulman Is Married To Laura Perlongo-Couple Is Blessed With A Baby Girl: Know The Secret To Their Happy Relationship

Catfish's Nev Schulman Is Married To Laura Perlongo-Couple Is Blessed With A Baby Girl: Know The Secret To Their Happy Relationship 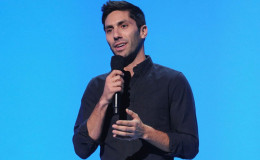 The lovely couple Nev Schulman and his wife Laura Perlongo have been making headlines in the media for a long time now. The couple who engaged in May 2016 married a year later in July 2017 in a lavish ceremony; the event became more special in presence of their daughter.

Catfish's host Nev Schulman is known for helping other people finding their true love and as far as his love life is concerned he has already found the one. Schulman is married to longtime girlfriend Laura Perlongo.

The couple tied the knot in July 2017 and the couple is blessed with a baby girl. They are considered as one of the cutest couples. What makes them so special? What are the secrets of their blissful relationship? We have all the details here.

Nev Schulman, 33, and Laura Perlongo, 31, started dating in 2015 and exchanged vows after two years in July 2017 in a rustic theme wedding in East Hampton, New York.

The couple's lovely daughter, Cleo James, served as the flower girl during the ceremony and YouTuber Casey Neistat was one of the guests. 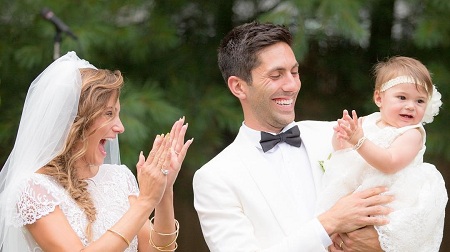 Nev Schulman and his love Laura Perlongo enjoying their wedding with their kid
Source: Healthline

"I never imagined I could be this happy. Marrying the woman of my dreams and having our beautiful daughter there with us! I'm a very lucky man."

The couple who welcomed their baby girl on 21 October 2016, got engaged five months earlier.

If you're ever lucky enough to find your perfect match, don't ever let them go. They make you stronger, they keep you grounded, they open your eyes and expand your heart. I was only a reflection of myself before I met you Laura, and you continue to astound me with your love of life. Together there is nothing we can't do. I love you endlessly. Happy Birthday @el_peego ?? - ?? by @pamelalittky

In a recent interview, he talked about his relationship with wife and how they manage to maintain the healthy relationship. He said:

“Always try to laugh as much as possible. Giggling and snuggling are the two sort of staples of our relationship.”

After the marriage, the pair has dedicated their efforts to a new relationship advice show for Facebook Watch named We Need to Talk in collaboration with ATTN.

Schulman explained what's the show all about:

"It’s basically a show about relationships. After the last five years, obviously helping people try to find love … what do you do when you do find it and you want to keep it? You gotta work through some s–t. This is a show that’s honest and sometimes a little embarrassing, but it’s real and it’s about the things that come up when you’re a couple."

Not only their TV project; they keep themselves busy loving and caring their daughter born in October 2016.

"Oh my gosh. She’s perfect! I love her so much. It’s crazy. I love her more every day. Every day we wake up she’s looking over her crib and smiling and it kills me."

The heaven-born couple has happily crossed more than 3 years of togetherness and they still have much to celebrate in their conjugal life.

Nev Schulman's Career Besides An Actor

Prior to Catfish, Schulman was an esteemed photographer. His online bio well explains his accomplishments as a photographer before his break in the 2010 documentary film Catfish.

In 2012, he dedicated himself as the host and executive producer of the follow-up show 'Catfish: The TV Show' on MTV.

Besides being a TV host and photographer, he is also an author. He has written a book named In Real Life: Love, Lies & Identity in the Digital Age published in 2014.

Similarly, he is a big part of youth organization named 'Leave Out Violence'; the global-oriented organization focused on eliminating violence from all over the world. 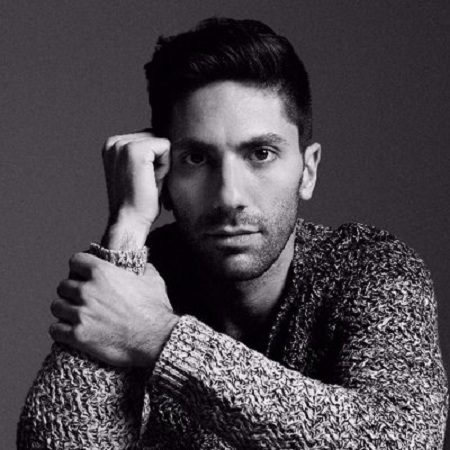