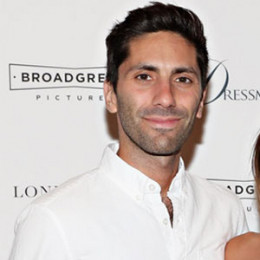 Laura Perlongo is an American citizen who is well known Instagram star who ros to fame as the wife of Nev Schulman, MTV Catfish' host, and executive producer. Perlongo is also known for her works as a freelance creative photographer and copywriter with various clients including, Derek Lam, Calvin Klein, Stella, BBC, NBC and more.

Laura Perlongo was born on 6 September 1985, in Detroit, Michigan, U.S.A. Perlongo is of White ethnicity and holds American nationality.

Perlongo began her career as a traveling writer for the Party Earth in the Netherlands in October 2009 and worked for a year. Later, Perlongo shifted to New York for two years from 2010-2012.

Laura Perlongo rolled on to carry on her career in advertising and marketing. She moved to another company Sid Lee for the same position. After working for a year, Pelongo was transferred to a freelance company Mother New York and began serving as a Senior Creative/ACD. Till 2016, she served for the company.

Currently, Lauren Perlongo works as a freelance creative, photographer and copywriter, in Los Angeles. She has also worked with the clients including, Derek Lam, NBC, Stella, BBC, Calvin Klein, and many more.

Laura Perlongo is a married woman. She was engaged to a famous photographer, producer, actor, and television host, Nev Schulman on 26 May 2016. On 21 October 2016, the couple welcomed their first child a daughter Cleo James.

When the train says it will be faster than walking or taking a cab remember it’s a thinly veiled lie the government tells to keep you down & limit your access to goldfish ???????? #NYC

Schulman and Perlongo married on 22 July 2017, currently lives in Brooklyn. The pair is living a happy life together and no any sign of them getting divorced.

Laura Perlongo's net worth is yet to be revealed, whereas her husband Nev Schulman's total net worth is estimated to be $500,000. An average salary of a freelance photographer is $25,000 per hour, and copywriter is $45,000 annually. We can assume that Perlongo has a good amount of salary.

Laura Perlongo and Nev Schulman married after dating together for a long time. Since their marriage, the couple is living a happy life and shares a child together.

Cleo James is the only child of the couple.