WNBC news anchor Natalie Pasquarella Married to her Husband; Find out her Relationship with Husband 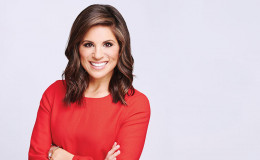 WNBC news anchor Natalie Pasquarella Married to her Husband; Find out her Relationship, Wiki, Career, and Net Worth

Natalie Pasquarella, the NBC New York news reporter, is quite lucky in the aspect of delightful marriage life together with husband. On top of all, her professional career is better than ever.

She moved to New York, her dream destination, in order to report for the Big Apple's NBC network. Not only that, apart from their two dogs, her family is about to increase its size.

So who is the newest member? Let's find out.

Apparently, Natalie gave up her dream job in order to become a reporter. You can imagine how difficult was the decision for her. She always wanted to work at the Walt Disney World and even got a job as an intern. 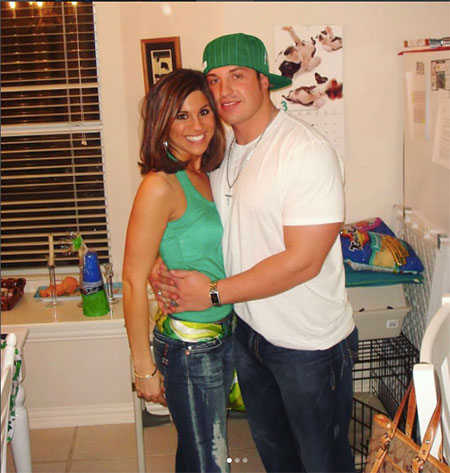 But when she took her first reporting classes, she instantly knew about that her career lies in the reporting field. During her early childhood days, she wanted to become a police officer or a Broadway actress.

Looks like all of us, who are a big-time fan of Natalie, are quite lucky as she never became an actress and instead became a reporter. Surprising, how life unfolds events, don't you think?

Coming towards her personal life, it looks like it turned exactly the way she always wanted. Dating, being in a relationship, and then finally married to her high school sweetheart is a dream come true for anyone.

She exchanged vows with her boyfriend since high school Jamin Pastore on 25 May 2014. They are now together for a long time and if you ask us, there's not much as a small downgrade in their love for one another.

The heavenly couple celebrated two years of marriage anniversary sharing images of her wedding on her Facebook account.

Natalie Pasquarella-Welcoming A New Member Together With Husband

So many of you might be very eager to know who is the upcoming member of their fans? Well, it's good news for all of us as the journalist is expecting her first child. 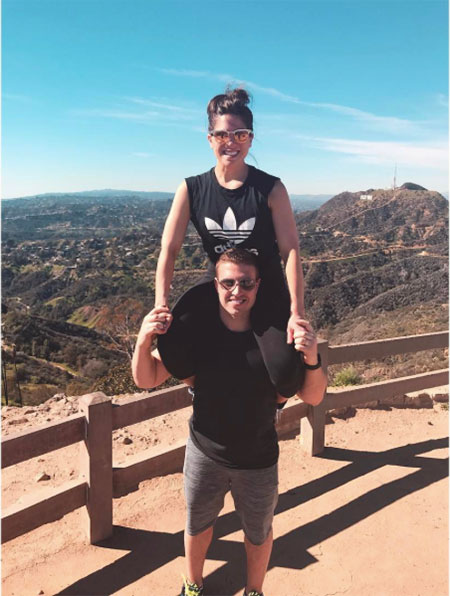 The pair going for a hike in Hollywood, California

Natalie announced the good news on her Instagram account. The news came as a big happiness to all of us and especially to her family. The pair is calling their child, Baby J.

She is usually sharing the pictures of her baby developing inside her womb. The pair is expecting a baby boy and it looks like Natalie is due in the coming months.

Pasquarella gave birth to her first baby boy with her husband after her water broke live on air during News 4 New York at 11. She went into labor when she was answering questions about Twitter's new character near the end of Tuesday's broadcast.

She gave an example of a true professional as she didn't let anyone know that the baby's coming until the show was off. News 4 New York at 11's executive producer and others at Rockefeller Plaza helped her to a hospital where she delivered the baby, Jamin James Pastore in September 2017.

Adorable Jamin is already 1 year of age. He celebrated his first birthday on 28th September 2018. 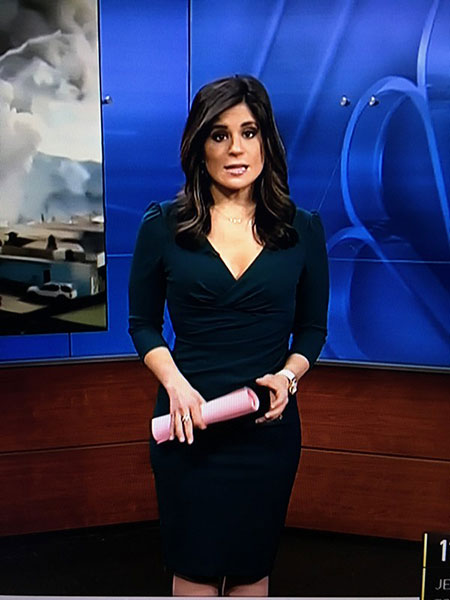