Home Article Woman injects cooking oil to her face, here is why

Woman injects cooking oil to her face, here is why 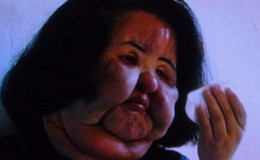 Former Korean model, Hang Mioku injected cooking oil into her face as a DIY beauty treatment that left her face all scarred and disfigured. Her extremely swollen face has now attracted a lot of attention and now everyone wants to find out the story behind this disastrous attempt!

Let's find out all the details here. 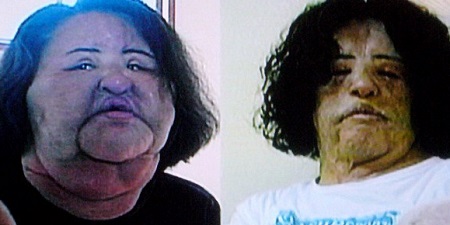 She started doing botox treatment when she was 28 and later continued doing the operations for a number of times to look better. The aspiring model couldn't, however, realize the negative effects of continuous operation that was making her face large and disfigured.

She was in Japan at that time and often consulted with doctors for further operation. 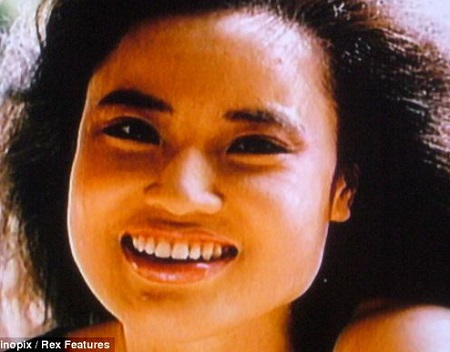 Hang Mioku had her first procedure when she was 28, Source: Rex Features

When the surgeons refused to provide her any more treatment, she used old tricks and started injecting cooking oil into her face. The doctors had even warned her that she might have a psychological disorder, i.e. body dysmorphic disorder.

Body dysmorphic disorder (BDD) is a mental disorder, the state in which a person feels like some aspect of one's body is flawed and wants measures to hide or fix it.

After doing her first procedure, she became obsessed with soft, plumped skin and went on doing a number of operations. Although her face looked giant she felt that she looked pretty but it caused a major side effect in the long run. 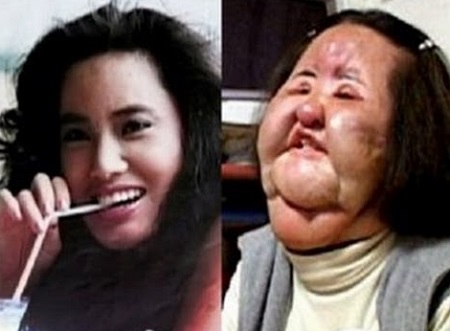 Before and After the Surgery and Oil Injection, Source: RexFeatures

She self-injected cooking oil when she ran out of the bottle of silicone which ultimately made the condition even worse, scarring her skin.

Miokou was even nicknamed as a "standing fan" because her face was comparatively larger than her body. She has received donations to cure the size of her face and neck but still, the condition has not improved.

Her notorious attempt became popular and she was featured on Korean TV where she stated she made a huge mistake and will regret it for the rest of her life.