Our heartthrob Xolo Mariduena seems to be a single man now, which is kind of good news for his fans. Last time we checked, the handsome Cobra Kai actor dated co-star Hannah Kepple. But, have they broken up? We're afraid so.

Cobra Kai is one of the most-watched TV shows among teenagers. The show introduced and brought so many young, talented and raw artists to the limelight. One was definitely Xolo Mariduena who plays Miguel Diaz in the Netflix series which was originally streamed by YouTube Red.

While working on the show, Mariduena got a crush on co-star Hannah Kepple who plays Moon on the show. Matter of fact, like any romance, their love story too began with friendship as two co-stars and a bit of flirting that none of them were serious about.

After the first season of Cobra Kai wrapped up, Mariduena and Kepple, however, got more closer and eventually fell in love. And, while Xolo wanted their relationship to keep in the dark from the public, Hannah was comfortable talking about it.

As a matter of fact, Hannah admitted dating Marideuna in an interview with Meaww. Besides, Xolo and his girlfriend Hannah even often shared mushy pictures of the two on Instagram. But, as of early 2021, it looks like Xolo and the Tell Me Your Secrets cast have called it quit.

Both Xolo and now possible ex-girlfriend have either deleted or removed their pictures from both of their Instagram pages. Mariduena and Kepple still follow each other on social media, though.

Is Xolo Marideuna Dating Anyone After Hanna Kepple?

As of now, Xolo Marideuna has not been romantically linked with any new woman. But, in the Cobra Kai series, Marideuna still plays the onscreen boyfriend of co-star Mary Mouser who plays Samantha LaRusso, one of the main characters. 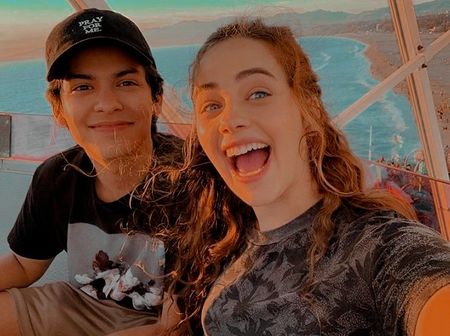 But, interestingly, when talking about their kissing scenes on the show, Mouser once shared she looks at Marideuna as a brother and the kiss was nothing serious, but just a part of their work. And, Marideuna on the matter had confessed how those words from Mouser had upset him.

Could that mean that Marideuna also had a crush on Mouser? Well, we can't tell but one thing is certain that Mouser has mutual respect and love for Marideuna, but holds no romantic feelings for the 19 years old actor as she has been dating a boyfriend aka A Million Little Things actor, Brett Pierce for a long time.

Not to mention, Xolo's now estranged girlfriend and Mouser are friends offscreen too. Hannah often hangs out with Mouser at the Frenemies actress's apartment with her dog and has even expressed loving her onscreen romance with Marideuna.

And, since Xolo who is of Cuban, Mexican, and Ecuadorian ethnic descent prefers to keep his lips sealed on his love life, his fans can only wonder about his current relationship status.