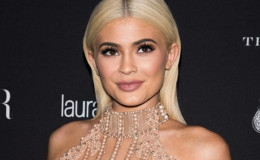 Kylie Jenner revealed the name of her first child as Stormi Webster via Instagram, holding her baby's hand. Kylie and Travis welcomed their first child on February 1. 2018, keeping the pregnancy a secret.They started dating last year since April and are..

After Keeping Her 9-month-long Pregnancy A Secret, The NewBie Mom Kylie Jenner Finally Revealed The Name of Her Daughter As Stormi Webster!

20-year-old Kylie Jenner has, at last, revealed the name of her first child.

The young mother who hid her pregnancy all along posted a heart endearing image, holding her baby's tiny hand and captioned it writing: "Stormi Webster."

On February 5, the cosmetic entrepreneur made the huge announcement that she's given birth to Travis's baby girl on February 1, shocking everyone. Their baby weighed 8 lbs. and 9 oz. and was delivered at 4:43 pm on last Thursday.

"I'm sorry for keeping you in the dark through all the assumptions. I understand you're used to me bringing you along on all my journeys. My pregnancy was one I chose not to do in front of the world. I knew for myself I needed to prepare for this role of a lifetime in the most positive,stress-free, and healthy way i knew how. There was no gotcha moment, no big paid reveal I had planned. I knew my baby would feel every stress and every emotion so I chose to do this way for my little life and our happiness."

She first sparked pregnancy rumors last year in June and till last week she had stayed tight-lipped about her pregnancy although there were series of speculations all over the media. 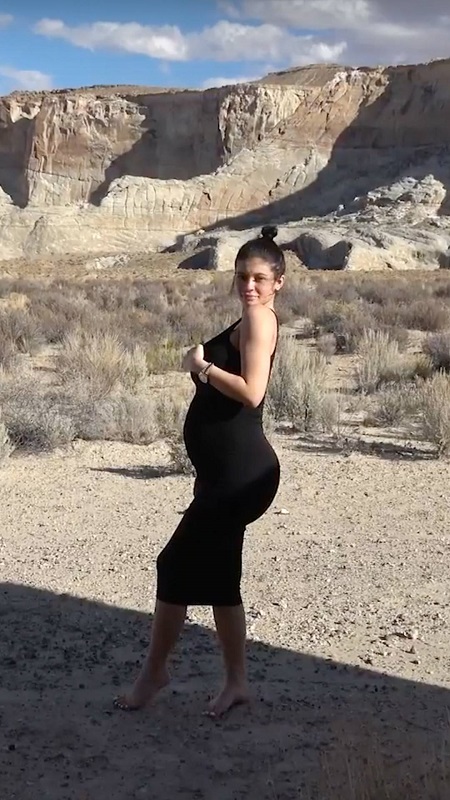 After the birth of her, baby an insider revealed how happy Kylie is being a new mom.

"Kylie's first few days of motherhood have been the happiest of her life.She feels like being a mom is her true calling and there's nothing that's ever felt so right. Bringing the baby home has been the greatest joy and most sacred experience, she is elated and overjoyed."

told the insider exclusively to E!News.

Her beau Travis and his mom, her mom Kris, and BFF Jordyn Woods were inside the delivery room when she welcomed the little Stormi to the world.