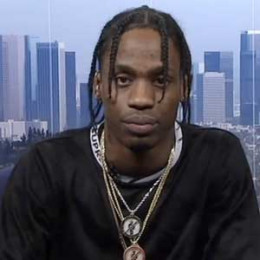 Jacques Webster, Jr. is popularly known as an American rapper, singer plus songwriter with the stage name, Travis Scott. He has signed with GOOD Music, Epic/Story Records, Grand Hustle Records and Cactus Jack Records. Travis is the winner of People's Champ Award for Antidote in 2016 and nominated for various prestigious awards including- Album of the year, Artist on the Rise, Best Mixtape and so on.

Born as Jacques Webster, Jr. was born on 30th April 1992 in Houston Texas. He was raised by his grandmother in Missouri City and later on, he moved to the suburbs, where his father ran his own business, and his mother worked for Apple Inc.

Travis finished his schooling from Elkins High School and attended the University of Texas at San Antonio. However, he dropped out to pursue his career in music industry. He is an American and of African-American ethnicity.

From the very early age, Travis was interested in music and started producing beats right from his teens. In 2009, he released his debut EP on Myspace with his friend, Chris Holloway named, The Graduates and next year collaborated along with OG Chess and Scott, formed a duo music, The Classmates.

In 2013, he debuted and released a single album named, Blocka La Flame and second album after few days with the name, Quintana. These two albums help him earn much of the fame in the United States. After that, he released a debut mixtape, Owl Pharaoh in 2013 with the guest appearance of Wale, 2 Chainz, Meek Mill, James Fauntleroy, Theophilus, Paul Wall.

Furthermore, in 2012 he signed a contract with GOOD Music and Epic Records and released an album named, Rodeo in 2015 with the guest appearance of Justin Bieber, Young Thung, Toro y Moi, Kanye West, Quavo, Juicy J.

In 2017, Travis performed at All- Star Weekend and latterly announced to launch his own studio under the name of Cactus Jack Records. He worked with Quavo of Migos, an Atlanta-based rapper in a collaborative album. Moreover, he also featured More Life, a track from Canadian rapper Drake.

Travis Scott is in relation with an American TV personality, Kylie Jenner, ex-girlfriend of an American rapper, Tyga.

The couple is caught together in various places cuddling each other. Recently, they made same tattoos of butterfly in the ankle. The lovebirds seem very happy together.

Before dating Kylie, he was rumored to be in a relationship with  Rihanna. Both of them didn't address the story, and it eventually faded.

Scott has an estimated net worth of $8 million which he earned from the videos on YouTube with millions of subscribers and from the albums too. He has a mansion in Texas worth $10 million and owns a black Lamborghini and a Ferrari.