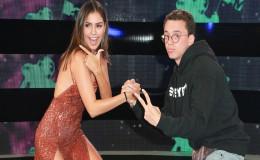 YouTuber and singer Jessica Andrew is living a happy married life along with her rapper husband, Logic.

Jessica Andrew who is popularly known as the wife of a famous rapper, Sir Robert Bryson Hall II or Logic, is also a famous singer and YouTuber. Despite she released her songs, she came to limelight only after she started her relationship with the rapper.

It is said that ''behind every successful man there is a woman'' But this saying turned out to be opposite as Logic helped his wife to pursue the career in the industry.

To know more about the couple relationships, married life and career, then stay on our page.

The couple, Logic, and Jessica were in a romantic relationship before tying their knot. They had such an amazing bonding so they decided to get married. Finally, the day came in October 2015 when the two came together to start their conjugal life.

Moreover, the marriage ceremony was intimate and private held amidst the presence of their close friends, relatives, and the family. It was a memorable moment!!

it's already been almost a year ?? so much more exciting things on the way!! Lucky to wake up next to this sexual stud every morning ?? (NO baby anytime soon...so stop asking lol) HAPPY ALMOST 1 YEAR BOO BOO #oct22

"Babe lets take cheesy ass couple photos" -me ???????????? *this is how they turned out* #wethemotherfuckinghalls

The pair is very supportive of each other in their personal life as well as professional life. Furthermore, Loic supported his wife so that she could pursue her career in the music industry. With his support, Jessica released her first debut song, Medicine in May 2017 and after that again released another called Electric.

I love u more than you'll ever know ??

This proves that the couple is very supportive to each other also in case of their career. Apart from these, the pair is very romantic in their private life as he gave her surprised with a live orchestra outside the balcony of their bedroom on the occasion of her 25th birthday.

The video was also posted by him on his Instagram.

The couple was spotted together at many events and places as well and not a single rumor about their divorce or extra affairs have been heard so far. Moreover, they also have no children yet and neither planning about so. 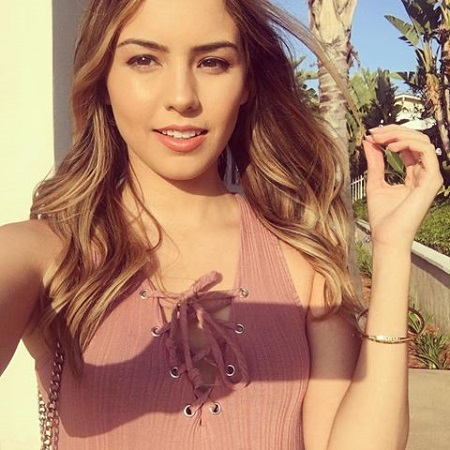 For more recent news and gossips keep following our page!!