Home Article YouTuber ProJared Announced Divorced From His Wife Heidi O'Ferrall After Five Years Of Marriage. What's The Reason Behind Their Divorce? Also Know About His Cheating Scandal.

YouTuber ProJared Announced Divorced From His Wife Heidi O'Ferrall After Five Years Of Marriage. What's The Reason Behind Their Divorce? Also Know About His Cheating Scandal. 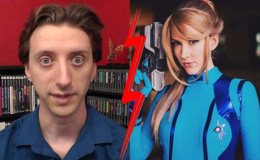 Interesting internet personality with quite an amount of followers, ProJared has had a strange professional and personal life that didn't last long. Being funny and crazy YouTuber didn't help him with his marriage as he was caught cheating on his wife with another internet star.

Full of scandals and controversies, Jared Knabenbauer aka ProJared has a bitter life so far with getting caught cheating his wife and caught sharing nudes with underage. Can you believe all these controversies lost him just over 100k followers? Let's find out what was it all about!

What Caused ProJared And Heidi O'Ferral Divorce?  What Was The Cheating Scandal?

Famous from YouTube, Projared is married to Heidi O'Ferral but is now on the verge of divorce with his wife claiming he is having a physical relationship with Holly Conrad, a cosplayer known as Commander Holly online.

Conrad and Knabenbauer recently worked on the DnD stream Dice, Camera, Action being the part of the Waffle Crew. Just like ProJared, Conrad recently divorced her husband Ross O'Donovan who was the part of Game Grumps.

Apart from that, he has been involved in an awful scandal where he was accused of sending his wife's nudes to his underage fans. 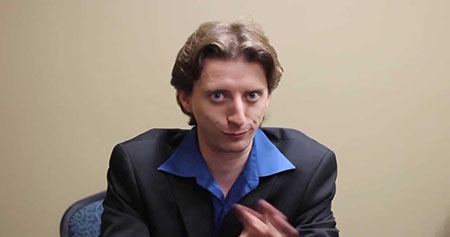 Jared posted a statement on Twitter regarding their situation of divorce, stating they filed for divorce after the couple therapy couldn't improve their marriage.

Their relationship got vulnerable and currently is on the process of divorce. He took it to Twitter stating that he would be getting a divorce with his wife. Still, he claimed that Heidi's privacy, mental well being, and discretion has been and will be his first priority.

You may like: Are YouTuber Zoe Sugg and Alfie Deyes married?

O' Ferrall was unable to read his statement as Knabenbuer broked her from viewing his posts on Twitter.

Reading the explicit messages between my husband and his mistress is an experience I would not wish on anyone. I basically discovered that they've been hooking up on all their work trips since last fall, and meeting together secretly since she moved here.

"I have explicit conversations and photographs of their relationship, which he extensively lied to me about on many occasions".

She described herself getting gaslit by her husband. She insisted that the only thing wrong with their marriage was herself even after him getting caught. She always cleared in Twitter that she was being cheated by Jared.

I have never dragged any friend or ex online for the sake of it. But my public figure husband cheated on me with another public figure, publicly, while fans cheered them on thinking it was fiction.
I think a public conclusion is appropriate.

Conrad, on the other hand, discussed the accuse saying she would never ever sleep with a married man and stating,

"I understand some shit is going down on the internet. If you want to believe a hyperbolic statement from someone you don't know on the internet with no previous background information and use it to demonize strangers, so be it."

Jared was caught sharing nudes with his fans for years. O'Ferral said that it was initially a joke but later Jared had a Tumblr account only for nudes.

The condition took a worse turn when many of his fans revealed that Knabenbauer sent them nude images of himself. In return, he would then ask his fans to send explicit pictures back on Snapchat or Tumblr.

ProJared has been married to Heidi O'Ferral an internet figure with 33,437 subscribers on YouTube and 120k followers on Twitter, since 2014 and had a good married life. Ferrall is a cosplayer widely known by the name AtelierHeidi.

They were having a wonderful life until great devastation that split them apart. 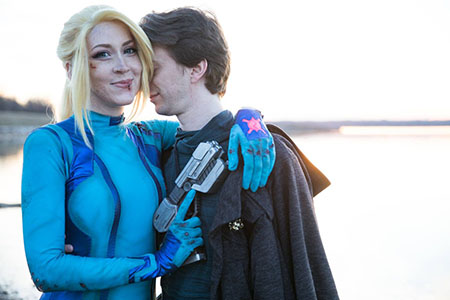 Apart from O'Ferral, he was linked to Holly Conrad who is another internet star with 232k Twitter followers, due to which his marriage is soon to dissolve. O'Ferral accused Jared of having a sexual relationship with Conrad and decided to end her marriage.

Also read: Does American Youtuber Ricegum Have a Girlfriend and Enjoying His Relationship? Details on his Career and Current Relationship

Being married from 2014 to 2019, they never had a child. Maybe they didn't want the extra responsibilities on their heads. Anyway, their marriage wasn't supposed to be successful and it didn't last long, which might help them focus more on their professional life. 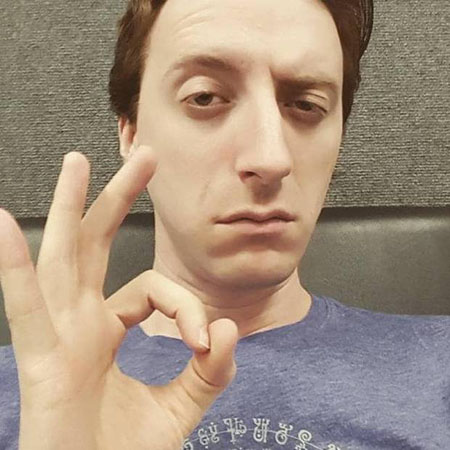