Home Article Who Is Zoe Saldana Married to? Inside the Actress's Married Life

Who Is Zoe Saldana Married to? Inside the Actress's Married Life 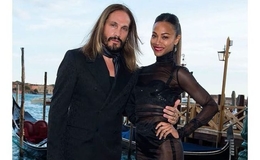 Inside Zoe Saldana and Marco Perego's conjugal life: The pair have been married for almost a decade and are parents to three kids!

Best recognized for starring in some of the biggest blockbusters of this generation, including Guardians of the Galaxy, Avengers: Infinity War, and the Star Trek film series, Zoe Saldana is an award-winning actress. She has catapulted her image as a bankable actress in the last few years; In 2019, Zoe was listed as the second-highest-grossing actress of all time.

Saldana's stellar career has endowed her with global stardom and a legion of fans, but there is a thing or two about the actress that even her most ardent fans might not be familiar with. Saldana is also a budding businesswoman, activist, mother of three, and trained dancer. While Hollywood fans consistently rave about the hyped-up A-listed couples like Ryan Reynolds & Blake Lively, Beyonce & Jay Z, and so on, we believe Sardana and her husband Marco Perego's love story is the real deal.

Saldana has been romantically involved with some well-known faces in the past, but the actress found her lifelong companion in Marco Perego, a revered artist, and former football player. Saldana and Perego's love story and marital life may not be tabloids' go-to saga, and we all know why. Since the onset of their romance in 2013, the twosome has been as unproblematic and low-profile as a celebrity couple can come. 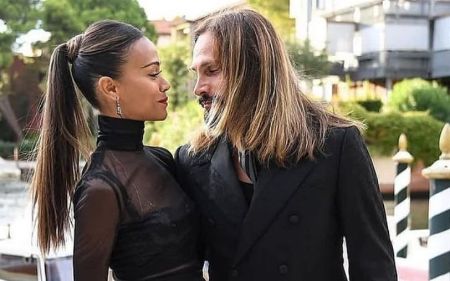 Saldana and Marco have been married for over a decade. SOURCE: Instagram

The Guardians of the Galaxy actress and Perego met in 2013 during a flight to New York. Zoe later recalls how she felt an instant spark even though she only spotted Marco from behind. "And I can't even describe to you it was a vibration. He turned at that moment because he felt the vibration as well," Saldana says. Guess some people are destined for each other! She explains, Up, until that moment, Zoe didn't believe in love at first sight.

"I'm a very Sigmund Freud person; I'm very logical," Saldana adds. The Star Trek alum was aware of Marco's art and was somewhat of an admirer until he met him, following which the actress's adoration turned romantic. The pair started dating shortly after their first encounter. They took destiny's calling and tied the knot after only five months of having known each other.

Saldana and Perego walked down the aisle in an intimate ceremony in September 2013. Perego even tattooed Saldana's face on his arm briefly after their wedding. "It was the most romantic thing ever," the Avengers actress gushed. Zoe and Perego are one of those unconventional couples who strive to challenge the typical institution of marriage. 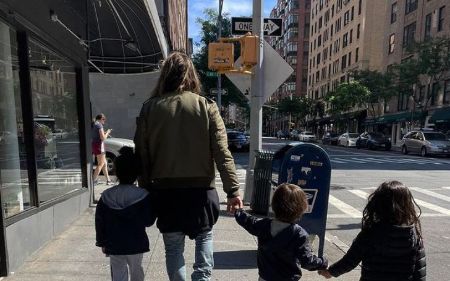 In a very eccentric and romantic way, Perego took up Zoe's last name; that's right, the artist now goes by Marco Perego-Saldana. The pair are doting parents to three sons, and the two are raising their children in a gender-neutral environment by flipping or ignoring the usual scripted gender norms and assigned roles. We're a very gender-fluid household," Zoe shared.

Although better known as the husband of Hollywood atypical husband of Zoe, Perego is a famous name in the art world. Born in Italy, the blonde hunk always had a penchant for art but was on a journey to become a football player. Marco was selected to play for a professional team at a point in his life until a career-ending deprived him of fulfilling his dream. 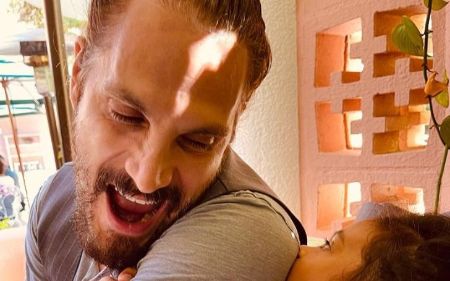 After the life-altering accident at the age of 21, Marco left his native for New York, where he began to work on his passion for art. Perego recounts how he gained momentum in his new career after film producer Gilda Moratti bought one of his works for a hefty price. The Italy-born artist's art now sells for anywhere between $15,000 to $30,000.

Lucky for the Star Treks actress, Perego also happens to be Zoe's exact type. "A badass renegade," Zoe said while describing her type. She adds, "a pirate who can cry." Marco has gained the nickname of pirate Perego because of his luscious hair and hunky physical features. "My husband has been an inspiration in this whole thing," Zoe once said while describing the couple's collective activism for the #Metoo movement.

The Guardians of the Galaxy actress is into long-term relationships and seemingly isn't a fling-soughting girl. The 44-year-old was engaged to businessman Keith Britton, who she dated for several years before getting engaged in 2010. The long-term pair ended their relationship in 2011. Britton is an actor and CEO of My Fashion Database. 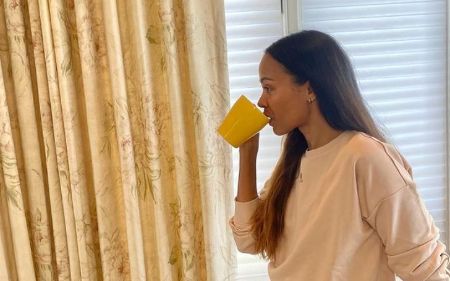 Saldana famously dated actor Bradley Cooper in 2011. The Avatar actress had jumped into the high-profile relationship with Cooper after her decade-long relationship with Britton came to an end, so naturally, fans weren't feeling the new couple. During their brief romance, which fizzled out in months, Zoe and Cooper made only a handful of public appearances, including one during the premiere of their movie, The Word.

Opening up about her past dating experience, Saldana reveals she has lost touch with some of her exes. "I have been in relationships where a man has disrespected me, and I don't need to be friends with that man anymore," Saldana said  She adds, "I don't want to be the one going; I'm cool because I'm friends with all my exes.