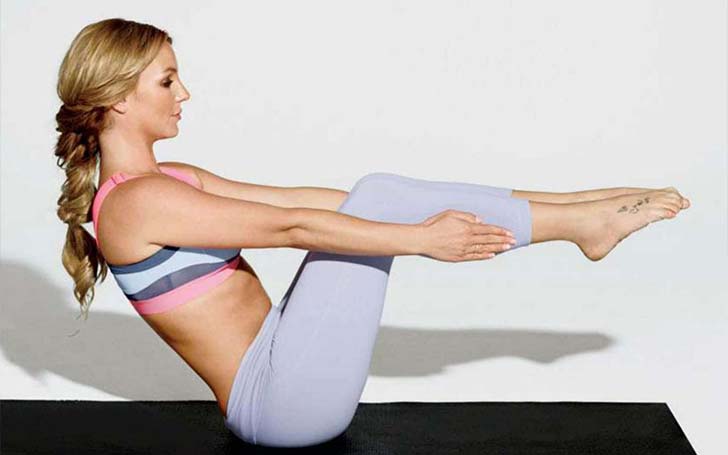 Soon after being released from a mental health facility last week, pop icon Britney Spears is back and this time she is all set to surprise all of her fans!

Britney Spears looks better than ever as she showed off her impressive flexibility shearing a video of her sexy yoga poses on Saturday. 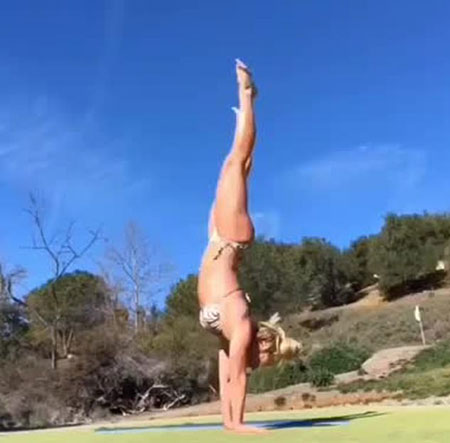 Britney Spears showing off her impressive yoga skills via an Instagram video.

Of course, she's inspiring her fans how to get an attractive body and look sizzling in a bikini.

"Womanizer" singer, 37, took Instagram displayed her sexy abs over the weekend as she posted an Instagram video that showed off her moving her body in a varied yoga poses on Cardi B and Bad Bunny's hit song "I Like It".

Enjoy the full video over here!

A month after recovering her stress and anxiety issues, the star is here to inspire all of us as she went on a series of impressive poses that include a one-arm plank and a handstand. Wearing a zebra-print bikini, she was enjoying the bright sunny day walking around on her hands.

She could have been tanning as she just wore a two-piece swimsuit for her workout in the entire video. Her attractive video comes after she was released from a mental health facility last week.

She was admitted to the health facility for 30 days after her father suffered a serious illness.

"Doctors were trying to find a new combo of meds, but they couldn't get the mixture right and it was doing Britney more harm than good ... to the point she stopped taking them."

It was her boyfriend of two years, Sam Asghari who drove her back her home to her two sons, Sean Preston, 13, and Jayden James, 12.

Prior to checking out of the "all-encompassing wellness facility", she assured her fans that she's doing good.

You May Like: Jason Trawick and Britney Spears engaged again?

"My family has been going through a lot of stress and anxiety lately, so I just needed time to deal. Don’t worry I’ll be back very soon."

The "Hold It Against Me" singer further explained,

"I wanted to say hi because things that are being said have just gotten out of control!!!"

"Wow!!! There’s rumors, death threats to my family and my team, and just so many things — crazy things being said. I am trying to take a moment for myself, but everything that’s happening is just making it harder for me"

She expressed her gratitude to her fans for their love and support and said,

"Your love and dedication is amazing, but what I need right now is a little bit of privacy to deal with all the hard things that life is throwing my way. If you could do that, I would be forever grateful. Love you."

It seems the mother-of-two is doing all good after a bit of challenging past days.