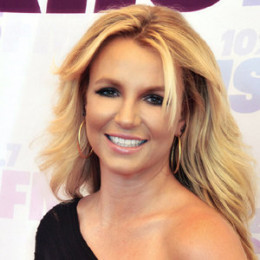 Britney Jean Spears is a singer and actress, best known for her widely famous title tracks like ...Baby One More Time and Oops!... I Did It Again. She is the first solo artist ever to have a #1 album and single on the Billboard charts at the same time with a debut. Till now she has won 9 Billboard Music Award, 6 MTV Video Music Awards including the Lifetime Achievement Award, a Grammy Award and a star on the Hollywood Walk of Fame. She is the daughter of Lynne Irene Bridges and James Parnell Spears.

Moving on to her personal life, till now she has been married twice but sadly both of her marriage didn't last for a long time. She was first married to her childhood friend with whom she stayed as wife just for 55 hours, as there were some issues related to Spears on the court. Her second marriage was with an American dancer with whom she has raised two children, two sons. After staying 3 years together the couple decided to get divorce which makes spears single at the moment.

She engaged to American dancer Kevin Federline in June 2004. Federline who broke up with actress Shar Jackson married Spears on 18 September 2004.

She released a song "Someday (I Will Understand)" in August 2005 that she dedicated to her first child, a son, who was born the following month.

She gave birth to her second son in September 2006. The couple who has two sons Sean Federline, 13 and Jayden James Federline, 12 filed for divorce in November 2006 citing irreconcilable differences. Federline received full custody of their sons since 2008.

"Kevin and his team are extremely pleased” and know “this is the best thing for Kevin, the kids, and Britney."

Prior to her relationship with Federline, she married Jason Alexander in 2004 but their marriage was short-lived.

She is currently dating Sam Asghari since October 2016. They met when he appeared in her "Slumber Party" music video. An insider reported that the couple could get engaged soon in July 2018.

Britney Spears has an estimated net worth of about $70 million as of 2022.

Spears was born on 2 December 1981 in McComb, Mississippi to parents Jamie Spears and Lynne Spears.

As a child, she was great in gymnastics and attended dance classes.

She is the second child in the family with an elder brother named Bryan Spears and a younger sister, Jamie Lynn Spears.

In August 2021, Spears' father stepped down from being her conservator as the court ruled that Jamie Spears won't be controlling her estates either.

He is the first husband of Spears whom she married at The Little White Wedding Chapel in Las Vegas, Nevada. Their marriage was annulled 55 hours later.

Kevin is the second husband of Spears, who by profession is a dancer. They stayed together as husband and wife for almost 3 years.

He is the first child of Spears, whom she gave birth at the age of 23.

He is the second child of Spears, whom she gave birth at the age of 24.