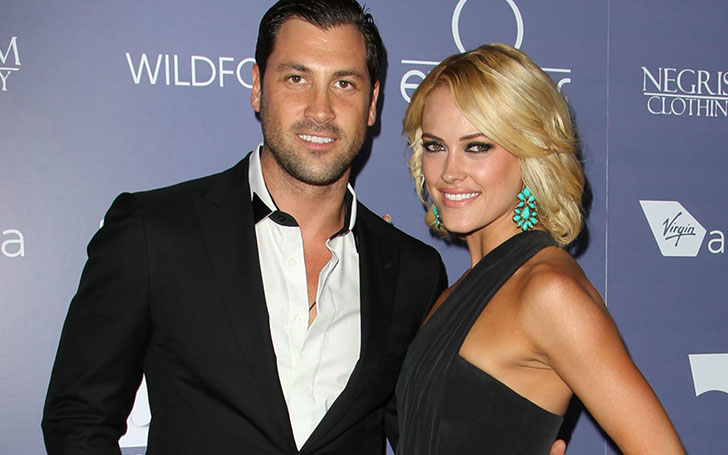 Choreographer and television personality Maksim Chmerkovskiy has been engaged to the beautiful Peta Murgatroyd and they are set to get married real soon.

Choreographer and television personality Maksim Chmerkovskiy has been engaged to the beautiful Peta Murgatroyd. The couple has been known best for the ballroom and impeccable dance routines on the show Dancing with the Stars. They have been engaged and certainly seem to be looking forward to their marriage. Peta has gone on to state that the marriage will be a massive party and the first dance of the coupe will be a simple and romantic one, unlike the one they portray on the screens of the hit dance show.

The love story of the couple was not a love at first sight. She thought he was arrogant and they have been known to joke about how they were taken in by their fiancée’s behavior at the first time. They met back on 2009 on the sets of the Broadway production of Burn the Floor. After getting to known each other for a little while, the couple started liking. The relationship of the couple started however only recently and the beautiful love story is set to become permanent soon.

Their history is a massive one with their love growing further and further to be able to convert to an engagement only after the duration of a whopping 7 years. The 35-year-old boyfriend of Murgatroyd was engaged to Karina Smirnoff previously. Peta too was in an affair with Damian Whitewood. While there might surely have been some fling between them recently, the couple only started dating after both of them broke it off with their former beaus. After a year of dating, they broke it off and were known to have dated other people according to rumors. They made it back together and this tipsy curvy roller coaster ride is now set to end up in a happy ending. Here’s wishing the couple all the best for the future.