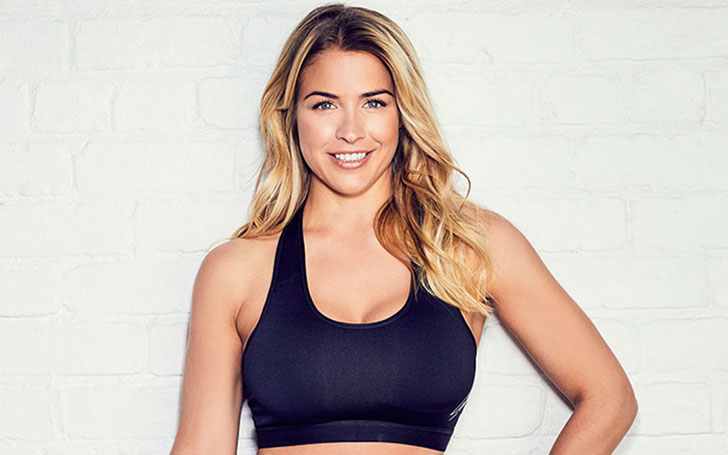 Gemma Atkinson and her boyfriend Gorka Marquez are expecting a baby together. The baby already received a gift that the word cute just cannot comprehend.

Gemma Atkinson and her boyfriend Gorka Marquez were drenched with well-wishes since sharing her adorable baby bump. It seems the soon to be mother received her first baby gift - an enduring and sweet Babygro! 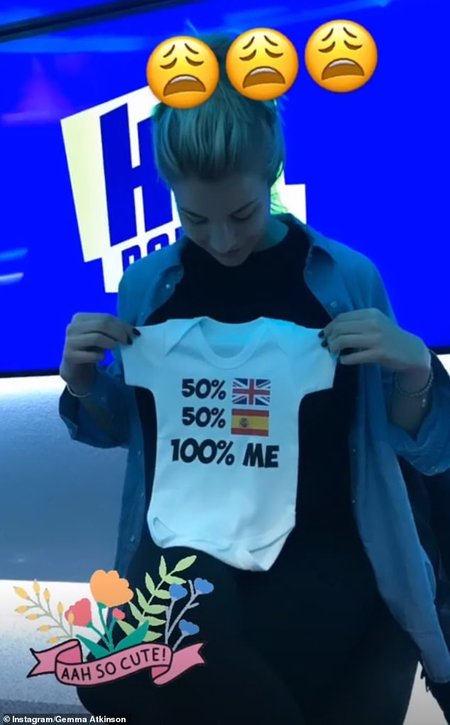 She posted a photo on her Hits Radio Studio holding the cute bodysuit on her Instagram story, which featured the British and Spanish flag along the words 50 percent next to each flag, representing the heritage of the unborn baby. The small and adorable gift also featured the words 100 percent me at the bottom.

The former soap star is expecting her first baby with Gorka Marquez, Strictly Come to Dancing star. The duo crossed each other's path back in 2017. They made the public known about their romance on Valentine's Day of the year 2018.

Gemma candidly told her fans she hasn't been feeling too great as she's suffering from morning sickness haring gushing about her pregnancy journey.

Hitting the gym, she revealed,

Obviously I'm not doing the same kind of workouts as I was doing because you have to adjust and every pregnancy is different.

The baby to arrive has already received a hefty amount of good wishes through social media. The to-be parents are definitely in the seventh heaven with the gift of new life bound their way soon.

The excitement of the duo can be witnessed through their posts on social media pages. The newborn is sure to prove a bundle of joy for the couple as well as their well-wishers and fans.

And what Amazing big brothers they will be! Myself & Gorks are beyond excited and happy and feel incredibly blessed to be meeting our new family member later this year. Baby Marquez!!! We love you loads already @gorka_marquez

While the former soap opera revealed the sweet babygro posing alongside it, she has not revealed the identity of the person who gave the creative gift.