Home Article How is Lori Anne Allison's lifestyle after her divorce with actor Johnny Depp? Is she engaged?

How is Lori Anne Allison's lifestyle after her divorce with actor Johnny Depp? Is she engaged? 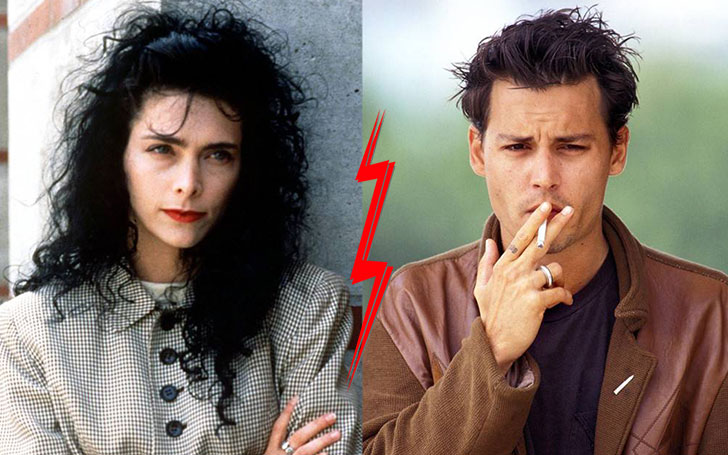 After being divorced with Lori Anne Allison, Johnny Depp has been named with many other women. But what about Anne?

The Golden Globe Award winner Johnny Depp, is undoubtedly one of the most talented, hard-working, passionate and famous actors of all time. However, today let us discuss his personal life.

During his 52 years of life, he has been with lots of women but the first ever woman to make him walk down the aisle was Lori Anne Allison.

Depp and Alison first met when they were quite young. At that time Johnny was just a musician and Anne was the sister of his band’s bass player and singer.

They started talking each other and eventually fell in love. After dating for several years the two of them decided to tie the knot.

Allison and Depp on their wedding

The couple got married on December 20, 1983, at Miami, Florida, United States. Even though the duo was so much in love they could not handle their relationship properly and after two years of their marriage, they got a divorce.

Is Alison Married or single?

First off, let’s know who Lori Anne Allison was. She was a famous make-up artist who became more famous because of her relationship with Depp.

After she got separated with ex-husband Depp, Anne has always managed to live a very private life and has always avoided the limelight.

Her private life has made us very difficult to know about her relationship status which is why there is no news of she being engaged or got married to someone.

As of now all, we can say is that she is living a private life and her relationship status is quite a mystery to the world. We would just like to wish her all the best and wants her to live a very happy and prosperous life.

Lately, Allison came into the limelight after defending her ex-husband who was accused of domestic violence by his wife- Amber Heard.

Johnny Depp and Lori Anne Allison on their wedding

She said that he would never lay a hand on any girl. While we speak about her thoughts about Depp, we cannot miss that she thinks that he is a very lovable person, not only for humans but also for animals.

A good news for their fans as they are still in touch and share a very good relationship. Guess, divorces can sometimes fail to break the friendship.

Other Women in Depp's Life

Johnny Depp is much known about his looks and personality and even at the age of 53 years, his charms has always attracted many women including Amber Heard.

Amber and Johnny got married in 2015 at the star’s island in the Bahamas. However, things did not work out properly between the duo and they got a divorce.
Amber 30, filed for a divorce with Johnny after accusing of physical violence. Even though nothing has been proved yet one thing is for sure that the lovely couple is no longer together.