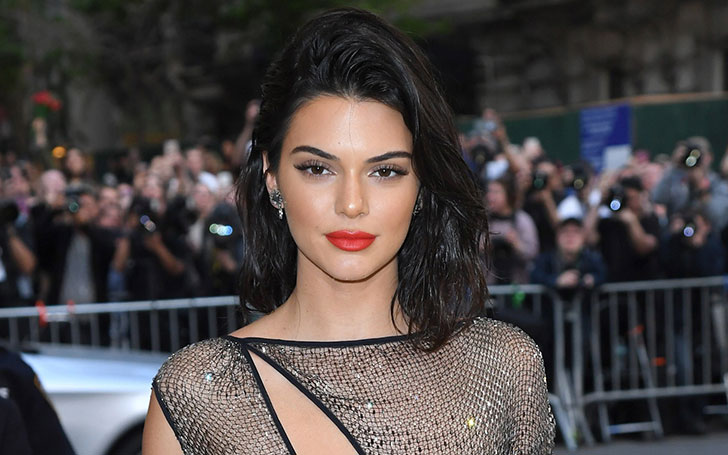 The much-awaited revelation of the dating rumors of Kendall Jenner and Ben Simmons has finally come through. The stunning model confirmed it in an interview during The Ellen DeGeneres Show.

The romantic relationship that Kendall Jenner and basketball player Ben Simmons have successfully kept on the down low for a long time has been confirmed now. The duo's romance was put under the spotlight automatically when Kendall appeared on The Ellen DeGeneres Show on Friday, Feb 8, 2019. 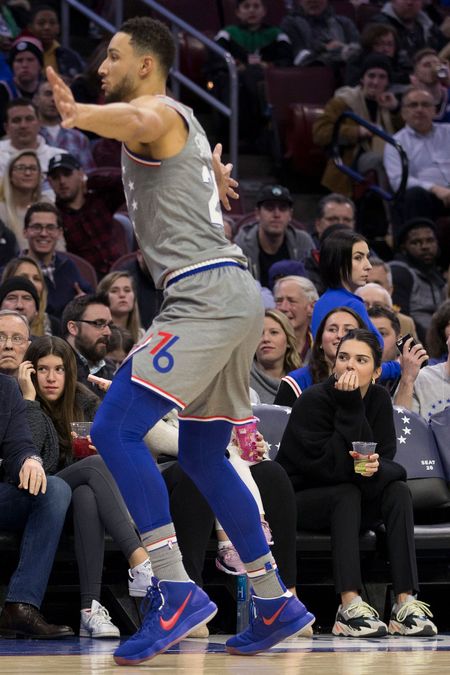 Kendall during a game of Philadelphia 76ers
SOURCE: topindinews.com

During the talk show, DeGeneres inquired Jenner about her love life, showing the images of her accompanied by Simmons on the screen. Some of the projected photos showcased the stunning beauty viewing and enjoying some of the basketball matches played by Ben.

"Obviously you're dating this guy, right? I don't know him but he seems sweet by that picture, How long have you been dating him?"

Kendall replied with a short and sweet answer accompanied by a nervous laugh,

Kendall Jenner and Philadelphia 76ers player boyfriend were lately seen cozying up in a dinner date on Thursday in NYC. The down-low couple was witnessed together at Cipriani, a famous restaurant in New York City. The model apparently had her arms wrapped around her beau tightly in an intimate manner.

This is the first time that Kendall publicly confirmed she and Simmons are, in fact, dating. The rumors of their romantic indulgence first hit the media on May 2018. Simmons confirmed he was dating the model in August 2018,  revealing The Daily Telegraph about their relationship.

"It is going great."

"It is one of those things that I don’t like to talk about too much because it is personal,"

The couple always maintains the talk about their romantic life to the bare minimum leaving their fans talking about the back and forth comments they reciprocate in each other's Instagram posts.

@Proactiv helps me maintain my skin #ad If you want to try the system that works for me, click the link in my bio for a special offer!

Jenner is undoubtedly a basketball fan given how often she is seen on the sidelines cheering on her man. She was even pictured with Simmons' mom at one of the many games she attended.

"I've been into basketball for a little while, I used to go to games with Khloé a lot and I just got really into it."

"I used to [play] when I was in middle school, but I just wasn't that good."

Well, whatever be the case, Kendall Jenner and Ben Simmons are deeply in love with each other. Now, they are an official couple! Cheers to the couple!