Home Article The CNN Commentator Van Jones is a happily married man. Know about his wife and children

The CNN Commentator Van Jones is a happily married man. Know about his wife and children 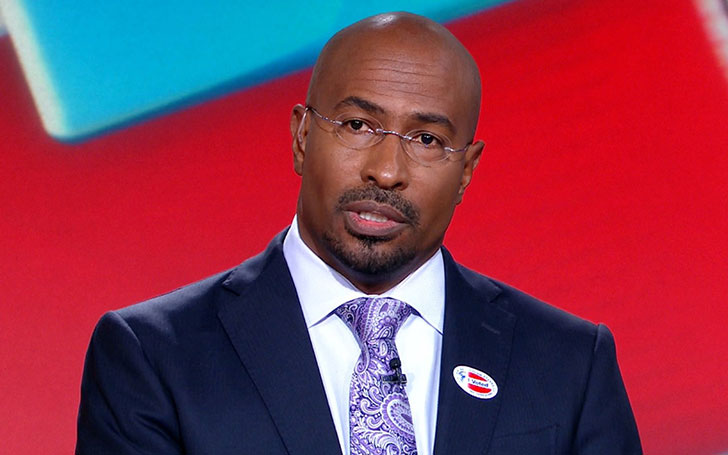 The versatile American political activist, van Jones is a very mych known personality. But is his personal life the same? He recently spoke about his family. Let's put some light on his family life.

The American political activist, Van Jones is also an author of several popular books including “The Green Collar Economy” and “Every Other Weekend”. Similarly, he has also served Barack Obama as his Special Advisor for Green Jobs.

His professional life aside, John is a happily married man and is living a wonderful life with wife Jana Carter, who is the daughter of Billy Carter and Sybil Spires. Her Father was the younger brother of former US president Jimmy Carter. The couple also has two children together.

Van and Jana got married a few years ago after dating for several years. Even though the couple is very much private we can surely assume that they are living a wonderful life together as there have been no rumors of them getting a divorce.

The duo has been blessed with two sons. We must say they have a beautiful family and Van is surely a perfect husband and a perfect father.

Although Jones normally does not talk about his family in front of media, at the night of the election there was a time when Van looked into the camera and said:

“How will I explain these results to my children?” He even gave an amazing statement about how it felt to be a father.

Van Jones and Jana Carter with their two sons

There isn’t much light on Carter's life, although according to a profile about Jones in “The New Yorker”, she is an “employment lawyer”.

Similarly, van once said, "She used to run marathons and climb mountains. She is a power tools kind of girl. [She's] very independent, which makes it a little easier for her. She's not sitting there, waiting for me to fix the plumbing. She's very resourceful."

They are amazing together and we wish them to remain as it is for the rest of their life.