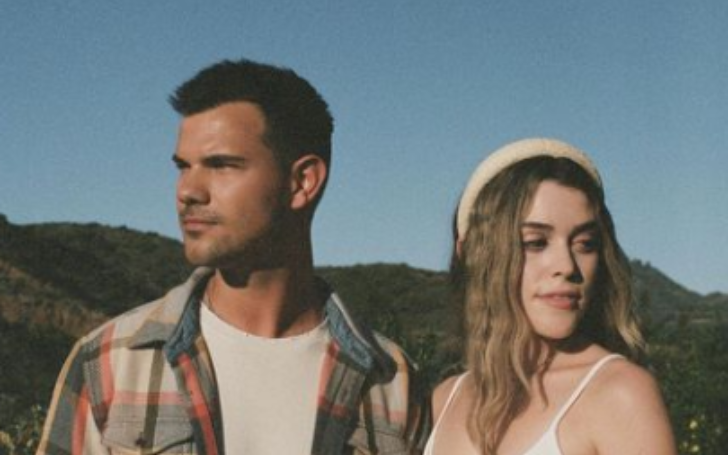 Taylor Lautner and his girlfriend Taylor Dome got married on Friday night at Epoch Estate Wines, which is outside of Paso Robles, California.

As per Daily Mail, Taylor Lautner and his girlfriend Taylor Dome got married on Friday night at Epoch Estate Wines, which is outside of Paso Robles, California. This was exactly one year after they got engaged. 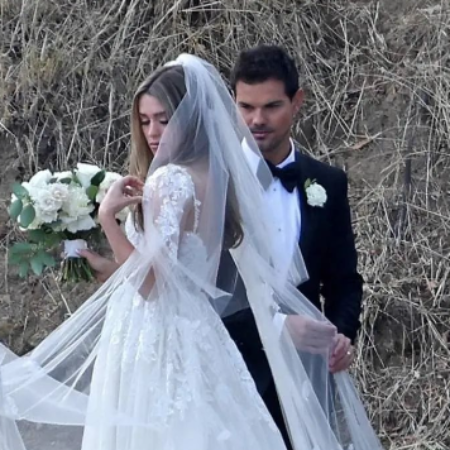 After exchanging vows in front of over one hundred of their closest friends and family members, the 30-year-old Twilight actor and his 24-year-old bride had a passionate first kiss as husband and wife.

Before posing for photographs with their wedding party and guests, the newlyweds took some time to celebrate their union by kissing passionately while holding hands and locking lips. In a white gown with lace overlay and a wedding veil nestled into her golden hair, Dome looked absolutely gorgeous for the event. Her hair was styled in a low bun.

Lautner, who was dressed to the nines in a classic black tuxedo, was all smiles as he escorted his lady love around the arena. The two people were first brought together in 2018 and started dating in the same year. This came after the two of them were seen attending events together over the subsequent two years.

The Cuckoo actor had relationships in the past with several different people who were prominent in the entertainment world. He was in a relationship with his Valentine's Day co-star Taylor Swift that began in 2009 but did not last long.

Twilight star Lautner has dated Lily Collins, Marie Avgeropoulos, and Billie Lourd. He first met all three of them on the sets of musicals in which they appeared before beginning their romantic relationships. After that, Taylor started seeing his present partner, and in 2018, the two of them made their relationship public by posting about it on Instagram.

In August, Taylor Lautner announced that he and his then-fiancée, who at the time was also named Taylor, would take his surname after they married. Taylor joked on The Kelly Clarkson Show about having the same name after they married. "Do you like this last name? We already have a name in common. As a result, it will be extra complicated," he stated.

"We're going to be the same. We can either keep it simple or complicated "According to Kelly, many people are using 'Tay boy' or 'Tay girl' to avoid any confusion when addressing the couple.