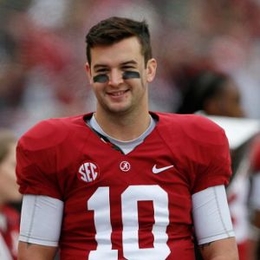 Facts of A J McCarron

A J McCarron is an American football player who currently plays for the National Football League's Houston Texans as its quarterback. Previously, he played for NFL teams like Cincinnati Bengals, Buffalo Bills, and Oakland Raiders.

FormerCincinnati Bengals Quarterback's Personal Life; Is He Committed to a Relationship?

A.J. McCarron is living a blissfully married life with his wife, Katherine Webb-McCarron. His beautiful partner Katherine is an American model and former Miss Alabama and Miss USA 2012 contestant.

The love birds got to know each other through Twitter and later began dating in 2012. After romancing for more than a year, they decided to get married and subsequently walked down the aisle in the presence of their family and close ones on July 12, 2014. 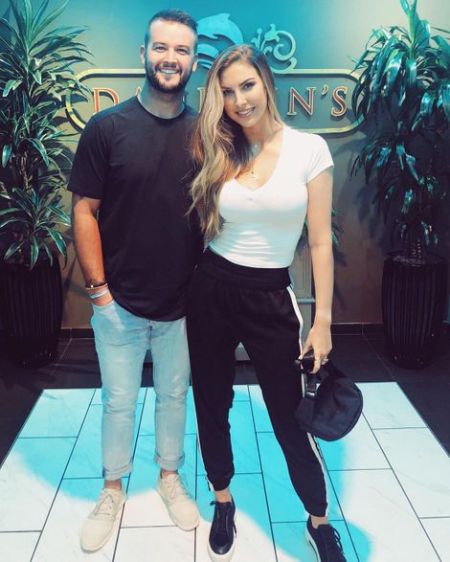 McCarron and Katherine have had a wonder marital life, and they are proud parents to two sons. His spouse gave birth to their first kid, a son, Raymond Anthony McCarron III, on May 24, 2016. On December 18, 2018, the couple welcomed their second child, Cash Carter McCarron. 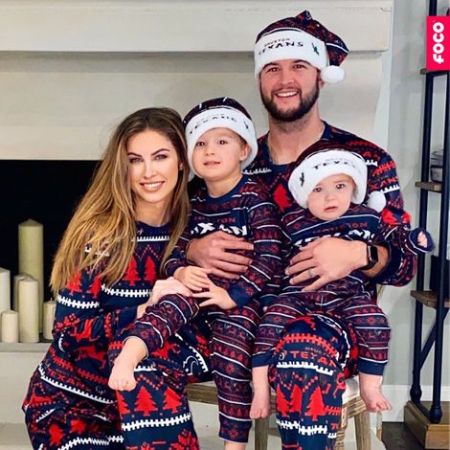 Despite also being busy with his football training and matches, the former Oakland Raiders star manages time to spend with his companion and children. He often posts pictures and videos on his Instagram.

A J McCarron's Net Worth And Earnings

In his rookie year with Cincinnati Bengals, the Bengal signed him to a four-year deal worth $2.4 million with a signing bonus of $181,652.

Check out the clip of A.J. McCarron playing football for Cincinnati Bengals!

In December 2019, McCarron re-signed the contract with Houston Texans. The deal is worth $4 million with $4.75 million guaranteed, including a $2 million signing bonus and $1.75 million of his $2 million base salaries guaranteed.

Previously, A. J. McCarron owned a 3,196-square-foot house in Orchard Park. However, the house was later purchased by his former Cincinnati Bengals teammate Tyler Kroft for $600,000 after he Tyler signed for the Buffalo Bills.

Before you go, be sure to check out Married Wiki for more celebrity Biography and News!!

A.J. McCarron is relishing a happy married life with his wife, Katherine Webb. His spouse Katherine is an American model and former Miss Alabama and Miss USA 2012 contestant.

AJ McCarron and his wife Katherine Webb-McCarron shares two sons, the oldest is Raymond Anthony McCarron III who was born on May 24, 2016.