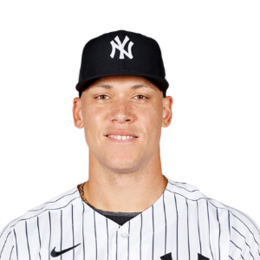 Aaron Judge is indeed the heart of New York Yankees in Major League Baseball. In fact, the outfielder was unanimously selected as the American League Rookie of the Year in 2017 and finished second for the AL Most Valuable Player Award.

Is Aaron Judge Married or Dating Someone?

While the New York Yankees baseball star Aaron Judge might be extremely vocal about his professional endeavors, he keeps a low-profile of his love life. However, the team of Married Wiki went down the extra mile to find out that he is dating Samantha Bracksieck. The 28-year-old is not married though. 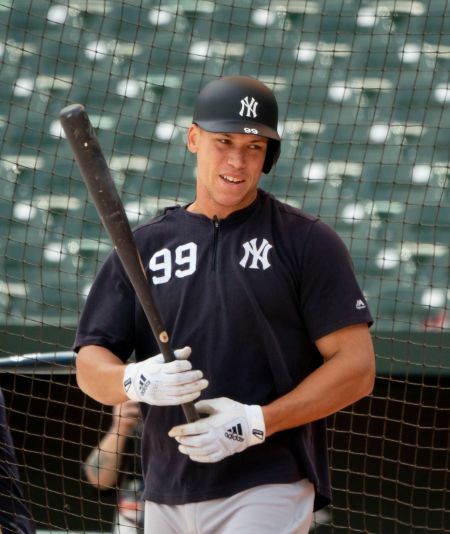 He has been in an on and off relationship with Samantha Bracksieck for over six years now. The two started dating in 2014 but later broke up in 2016. His girlfriend even dated Luke Heinrichs and got engaged with him. She was all set to tie the knot with him in January 2019, but unfortunately, the marriage got called off.

For someone who is around the prime of the career in the highest level of the American professional baseball league, Aaron Judge has absolutely nothing to worry about when it comes to finances and income. According to estimates, the California based baseball player gathers a staggering net worth of $10 million, which allows him to live a lavish lifestyle around all sorts of modern-day amenities. 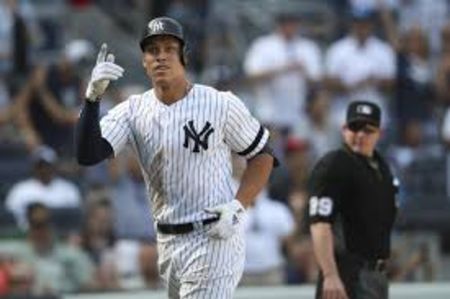 Judge was always passionate of baseball, and he started making a name for himself in the college level itself for the Fresno State Bulldogs. Later, the New York Yankees selected him in the first round of the 2013 MLB draft. He made his debut in 2016 and went on to have a record-breaking rookie season in 2017. Interestingly, he ended the season with 52 home runs, enabling him to break the previous record of Mark McGwire.

Talking about the early life and background of Aaron Judge, he was adopted the day after he was born by new parents Patty and Wayne Judge, who both worked as teachers in Linden, California. Surprisingly, he was 10 when his parents revealed him how he was adopted alongside his older brother, John Judge. He is biracial and is a big fan of San Francisco Giants. 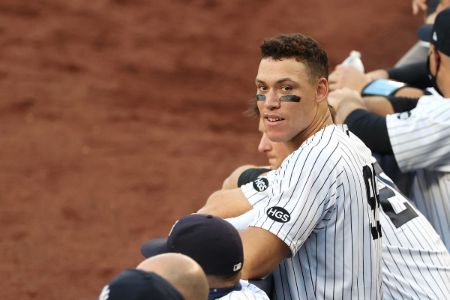 Aaron Judge made his debut in 2016. SOURCE: Pinstripe Alley

Judge completed his graduation from Linden High School, where he was a three-sport star. He played as a pitcher and first baseman for the baseball team and a wide receiver for the football team. In fact, he set a school record for touchdowns in football and helped the basketball team with 18.2 points per game. Later, he enrolled at California State University to play for the Fresno State Bulldogs baseball.