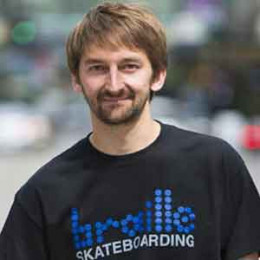 Aaron Kyro was born on September 10, 1983, in Montana, Denver, Colorado, US. His birth sign is Virgo. 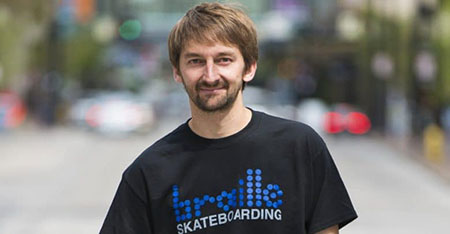 Kyro moreover started skateboarding since the age of 10 and always wanted to do something big in this field. To give wings to his dream he started YouTube channel named Braille Skateboarding in 2005 where he posted skating tutorial videos. By 2018, his channel became the largest skateboarding channel in the world with more than 3.6 million+ followers and over 980 million views.

In 2007, Kyro launched a website with the same name as that of YouTube channel which provides amateur skateboarders free tutorials, event updates, sponsorships, and many more. The website included a six-part series, Skateboarding Made Simple which is a tutorial video offering courses from the beginner’s level to advance levels.

Kyro further launched another YouTube channel, Braille Army in 2014 in order to promote skateboarding all over the world. As of 2018, the channel has 325k subscribers along with 44 million views.

Aaron Kyro is one of the successful skateboarders in the world. As per some online sources, he has an estimated net worth of $2 million.

Aaron Kyro is a married man. He tied the knot to Scientologist, Danielle Kyro in April 2010. The duo first met during an event of Scientology. The couple is together since then and shares a healthy relationship. They have no children. He has a dog named Bear Kyro whom he loves like his own son.

Big happy birthday goes out to my wonderful wife! I don’t know what I would do without you. Love you babe. #wife

Kyro raised $35,000 to build a skate park in his hometown, Montana to promote skateboarding. He is quite active in Instagram where he has more than 357k+ followers.

Check out the video of Aaron Kyro where he teaches beginners how to skateboard;

Danielle Kyro is a Scientologist. She is best known as the wife of a skateboarder, Aaron Kyro. The duo married in 2010 at an intimate ceremony.