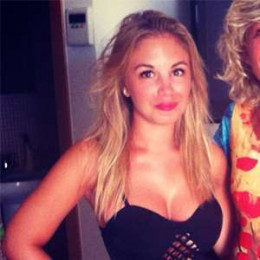 A British actress, Abbie Salt is better known for her excellent work in series and movies including- Land of Plenty, Hanger 10 and The Royal. Hanger 10 helped her to earn much of the fame and was the turning point in her career. In the movie, she appeared in the main role along with the other cast members- Danny Shayle and Robert Curtis.

Abbie was born on 6th February 1989 in Stoke-on-Trent, Staffordshire. She is a British and is of white ethnicity. She was raised along with her sister, Charlotte Salt who is the wife of British actor, Oliver Coleman. Abbie joined London's acclaimed drama school ALRA in 2007 for three years.

Abbie Salt was interested in acting from her early age, so she decided to pursue her career in the acting field. In 2001, she appeared in the British television drama, Ina Land of Plenty by Hettie MacDonald and David Moore with the role of child Laura. After that, she worked in The Royal, the British drama series in 2009 in the first episode of the series as Denise Mount.

Also, she made her movie debut with, Hanger 10 in 2014, a science fiction film/thriller by Daniel Simpson with the cast member Danny Shayle and Robert Curtis. The film helped her to grab many fans and helped her to earn much of the fame as well.

Abbie was in relation with the People Choice Award winner, Sam Heughan in 2014. A Scottish actor, Sam is also an Emmy Award Winner.

Abbie announced on the social networking sites about their relation. Currently, Abbie is single and enjoying her life.

Abbie is living a high-profile life as she traveled a lot and seen wearing expensive designer clothes. She might probably have a huge net worth to maintain such a lavish lifestyle.