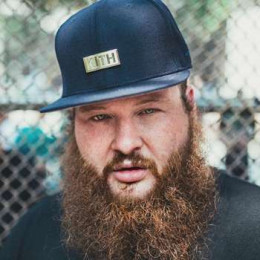 Arian Asllani best known by the stage name Action Bronson is a rapper and former chef. He is known for his mixtapes, such as Rare Chandeliers, Blue Chips 2, Saaab Stories. On March 2015, he released his major label debut album, Mr. Wonderful. Before entering the music industry, he used to host his own online cooking show titled Action in the Kitchen. He was born to a Muslim Albanian immigrant father and a Jewish American mother.

Action Bronson was born as Ariyan Arslani on December 2, 1983, in Flushing, New York, U.S. He is the son of Albanian Muslim father and an American Jewish mother. He was raised in a Muslim family. Before starting his rapping career, he worked as a respected fire-flame gourmet chef in New York City.

Action Bronson launched his debut studio album Dr. Lecter on May 2011. After a year, he signed a contract deal with Goliath Artists. He launched  Rare Chandeliers, a collaborative mixtape with The Alchemist.

In 2014, Bronson released the song "Easy Rider"  which was the first single from his debut album, Mr. Wonderful. He also starred in two television shows Fuck, That's Delicious and The United Action Bronson Show.

In November 2018, he announced a  tour in support of his latest album, White Bronco which is set to run from February 2019 to March 2019.

As of 2018, Action Bronson has an estimated net worth of $7 million. He also earned millions from his concerts and tour.

Though he remained silent regarding his dating life and girlfriend for a long time, he posted an Instagram video on 30 December 2018 that gave a clue that he's no more a single guy.

He shared a kiss with a lady seen in the video above and also called her "MY PARADISE".