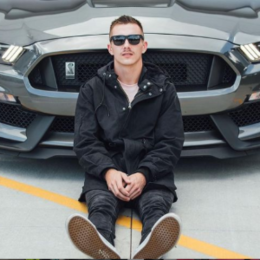 Adam Lz, also known as Adam Lizotte Zeisler, is an American vlogger, YouTube star, and BMX rider who gained fame through a YouTube channel that earned him over 3 million subscribers. Through his self-titled YouTube channel, Adam shares how to BMX webisodes videos, drift videos on how to bar spins, and feature everything regarding BMX riding.

Who Is Adam Iz Dating Currently?

Adam Iz has finally found the love of his life following a tumultuous separation from ex-partner Nicole. He is not only dating entrepreneurial racecar driver Collete Davis, but it's been Twitter official for over months now. 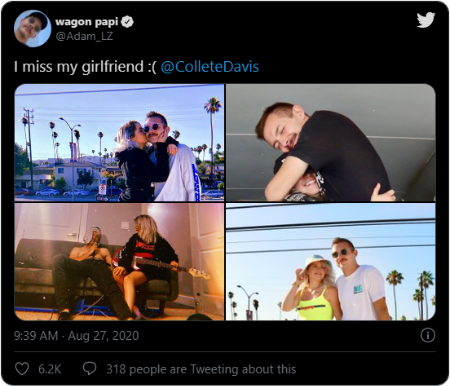 To precise, the two are kindling romance since February 2020. Like Adam, his partner Collete also runs a "House of Prix" Motorsport Streetwear global brands where she dropped an endless summer collection. 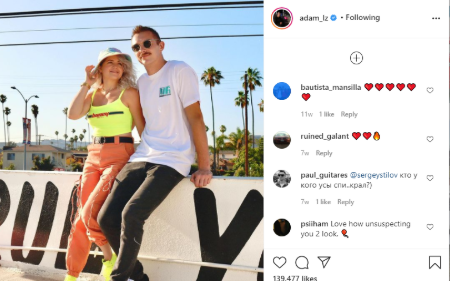 Zeisler was previously married to a social media influence Nicole Fyre in 2016. Years older than Adam, She graduated in Elementary Education at the University of Central Florida.

Adam and Nicole at a family function where they attended with their families. At the time, Nicole and Adam were students at the University of Central Florida. Sadly, after being in a committed relationship for three years, they divorced in 2018 in mutual agreement.

How Much Is Adam Iz Net Worth?

The Woodbury, Connecticut born started his career creating a YouTube channel on 3 February 2013. With a growing rate of 1,300 new subscribers per day, he accumulated 750 million views since starting out.

However, his main focus is on progressing and improving with each video/To date; he amassed over 3 million subscribers and 682,591,429 views on YouTube. Also, the majority of his audience is male viewers age between 12 to 24.

Adam Iz was born on 5 May 1995 and raised in Woodbury, Connecticut. His real birth name is Adam Lizotte Zeisler. Additionally, Iz is currently 23 years old, and he is chasing the dream of building as many rad cars and driving as many tracks as possible. When it comes to education, he earned a bachelor's degree in business management from the University of Central Florida.

Adam Lz was married to social media star Nicole Frye for around three years. They exchanged vows in 2016 and divorced in late 2018.