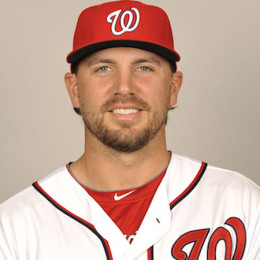 An American professional baseball first baseman for MLB. He was born in athletic family and he is son of pitcher Dave LaRoche. His brother Andy LaRoche is also third baseman. He completed his graduation from Fort Scott High School in Fort Scott in 1998. he started his career when he was drafted by Florida Marlins in 1998 but he refused and signed for Atlanta Braves. In 2000 he was named as Most Valuable Player of the Junior College World Series while he was playing for Seminole Community College in Seminole. He has already played for the popular and modest clubs like Pittsburgh Pirates, Boston Red Sox, Arizona Diamondbacks, Washington Nationals and Atlanta Braves.

There was rumor that he was suffering from ADHD while he was in high school and which used to lead him to on field blunders. Talking about his marital status he is happily married man. He is married with his longtime sweetheart and he is father of two children. During his leisure time he loves fishing, hunting, and playing golf. He is also co-owner of Outdoor Networks hunting show Buck Commander.

She is a very beautiful lady. The couple is blessed with two children: one daughter and a son. They have a very happy family.

She is very beautiful girl and resembles more like her mother.

He is very cute and his picture can be found in the Instagram of Adam LaRoche.