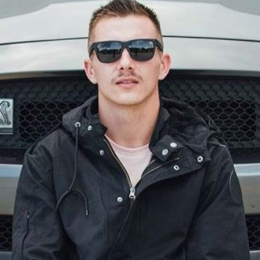 In today's world, it is easier for people to grab fame, thanks to the social sites which has given platforms for many to showcase their talent and skills on the Internet. Adam Lz is one of those people in Youtube who grabbed the popularity by uploading his BMX webisodes, drifting videos and how to videos. His self-entitled YouTube channel owns a total of 548.58 million+ views as of 2019.

Adam Lz was married to his long-term girlfriend Nicole Frye. The duo is the high school sweethearts who followed their relationship for over two years and finally decided to tie the knot. Despite, their unconditional love, the pair are currently facing some highs and lows in their relationship and is living separately since 2018. 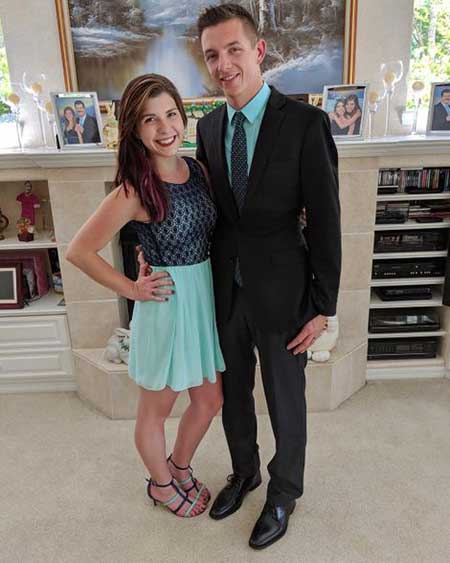 All things started for the couple when they first met in the first semester at the University of Central Florida in 2013. They used to go to the University with the same bus and that's how they became good friends. Following that, they started to hang out together for a certain time and guess what? they began dating publically as a boyfriend and girlfriend.

Happy Valentine’s Day to my better looking other half @lz.nicole

After getting the vibes of the true love between them, the pair take the next step to their relationship by sharing the wedding vows in the month of July 2016. What's more, they flew to Europe to celebrate their lovely honeymoon.

Here you can enjoy the wedding video of the lovebirds!

The couple was living a blissful life until 2018, they faced some fluctuations in their relationship which forced them to separate. Everybody including the fans of both parties were shocked about the news, whereas many still don't know what's going on in the relationship of the duo.

I see your comments guys. It’s not my intention to upset you by keeping you in the dark, but some things in our personal life must remain personal. Please respect our privacy as we are normal people just like you.

After this tweet, he also posted a video with Nicole in his Youtube account explaining about their relationship and the things they were doing after their separation,

Well, the pair seems confused about their relationship and wants to keep their personal life a secret. Further, despite their separation, there is no news about the duo's divorce in the media and seems like the pair, as well as their fans,  have moved on from the incident.

Adam is out of any dating rumors and is never spotted with any other girl than Nicole in his early life. The Youtube sensation is currently focused on his career and constantly uploads posts in his social media account for his fans around the globe.

How much is a Net Worth of Adam Lz? Know about his Salary, Earnings, Career

Adam Lz's net worth lies between $300,000-$700,000. He gathered that wealth with the help of his career as a Social media star, promoting and uploading videos on Youtube. In addition, the average salary of a Youtuber depends upon the number of views on a video of a YouTuber as a YouTuber with 5 million views can earn $5000.

The Youtube star created his Youtube account in the 3rd February of 2013 and uploaded his first video on March 3rd of 2013 entitled How to Bunny Hop Barspin BMX. Since then, he uploaded over 1073 videos on his channel and has collected over 548 million+ total views. His YouTube videos normally contain BMX webisodes, drifting videos, and "how to" videos.

Adam Lz was married to his long-term girlfriend Nicole Frye. The duo is the high school sweethearts who followed their relationship for over two years and finally decided to tie the knot.