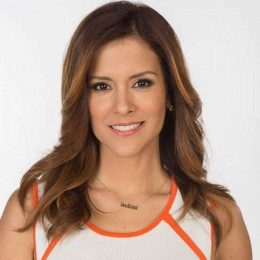 A Venezuelan beautiful and hot sportscaster, journalist who currently is a co-host for ESPN Deportes program Nacion ESPN. She graduated with a bachelor’s degree in advertising and communications. She raise into fame after she became lead singer in the girl band "Chikas" and in the pop bands "Tartara". In starting of her career she starred in many commercials and stage productions such as “Esther”. She was spotted by furniture giant and she was decided to make her their Hispanic Spokesperson.

Adriana Monsalve was born on 27 July 1977 in Caracas, Venezuela. Her birth sign is Leo.

Monsalve started her career and gained wide popularity being a member of the bands Chikas and Tartara in  Latin Fiesta and Venezuela.

She became the host on the TV morning show "Aló RCTV" in Caracas and served for more than a year. 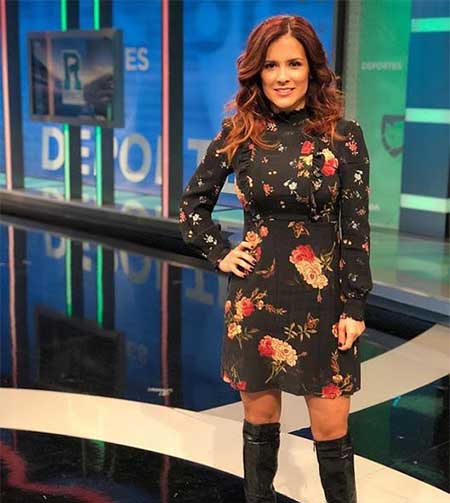 She moved to the United States in 2002 and performed in many commercials and stage productions like 'Esther' at the Tampa Bay Performing Arts Center. Later, she contributed as the Hispanic Spokesperson for furniture giant 'Rooms to Go'.

She joined Orlando's Telemundo, an American Spanish-language terrestrial TV network as a sports anchor in 2005. Two years working at Telemundo, she was hired by ESPN as Sports Anchor of ESPN Deportes broadcasting for Sports' Center Hispanic viewers in North America.

It was announced that she's leaving ESPN network on 28 November 2014. Later, it was disclosed that she's joining Univision Deportes in 2015.

Adriana Monsalve is one of the popular Venezuela sportspeople. Her annual salary is  $64,420- $72,099. Taking consideration of her all earning, her net worth might be $500k.

Adriana Monsalve married to an unknown man. She was blessed with a son and a daughter. She has not revealed details about her children in media but she's quite open about her family life.

She regularly posts images of her children and family members on Instagram.

Monsalve is single at present. Details about her past affairs and relationships are still under the radar.

As of November 2018, she has 206k followers on her Instagram profile.