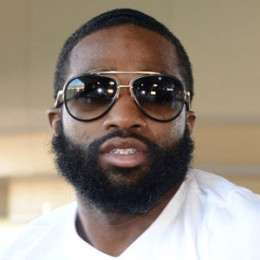 An American professional boxer, Adrien Broner is well known for his quickness and shoulder roll defense. He was born to parents Dorothy Broner and Thomas Knight. Adrien Broner began boxing when he was six years old. He is a former four-weight world champion and Adrien Broner knocked out Allante Davis, David Warren Huffman, and Ramon Flores in his first three fights as an unknown up-and-comer.

Adrien Broner was born as Adrien Jerome Broner on July 28, 1989, in Cincinnati, Ohio in the United States of America. He is the son of Thomas Knight and Dorothy Broner. Broner began to practice boxing when he was six years old.

Adrien Broner is reportedly married to Arie Nicole. They have a child together named Adrien Broner Jr., and they are raising three other Arie's children as well.

The pair is known to have some relationship trouble which earned them a lot of attention in 2015 when the couple apparently briefly broke up. While Broner took a trip to Las Vegas for a fight with Floyd Mayweather, he posted a photo on his Instagram page complaining that Nicole did not want him back in the house.

Nicole implied on her social media that Adrien had cheated on her. She wrote:

"Man, IDGAF what nobody says, it’s easy to be faithful."

However, she later added:

"I swear!! If that’s the person you truly love and want to be with NOBODY will be able to come between you n yours."

They were back together by the end of the year. A year earlier in 2014, Adrien accused Arie of cheating on him. Despite numerous troubles, the couple got engaged in November 2015. Adrien reportedly spent $137,000 on the wedding ring.

Adrien Broner's net worth is estimated to be $6 million. His source of income includes his salary and earnings from his career as a professional boxer. He reportedly earns $1 million per fight.  Moreover, his Atlanta mansion is worth $6 million.

KJ Broner has three brothers and one sister.

Adrien Broner Jr. has three brothers and one sister. There is very few details about him on social sites.

Admire Broner has three brothers and one sister. But there is no information about their mothers name on social sites.

Armani Broner has three brothers and one sister. But there is no information about their mothers name on social sites.

Na’Riya Broner has four brothers but her father has no disclosed her mother's name on social sites.