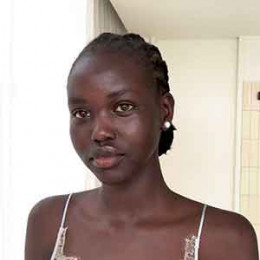 Akech became the second black to appear as a Chanel bride in the Chanel Haute Couture Fall 2018 show as she was picked by Karl Lagerfeld himself.

Adut Akech was born Adut Akech Bior on December 25, 1999, in South Sudan. She was raised in Kakuma, Kenya with her five siblings and the family moved to Adelaide, Australia when she was seven. 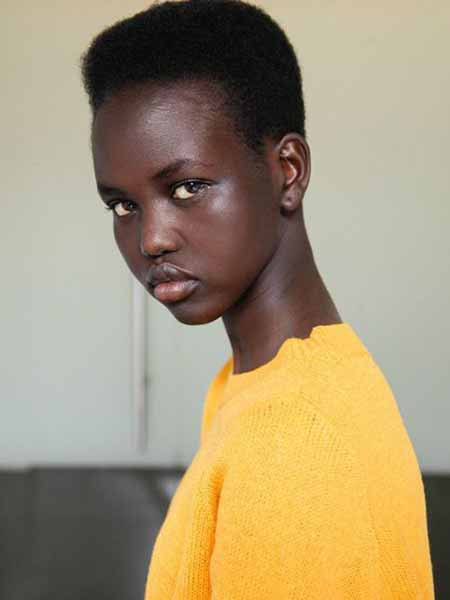 They were regarded as South Sudan refugees in Australia and Akech joined school there. She was referred to as Mary by her teachers there since they were having difficulty saying her name correctly.

Akech always had a passion for fashion and thought she would turn out to be a designer or stylish growing up but her school teacher believed modeling will suit her the best. Her teacher saw the model inside of her which was hidden and later on Akech turned out to be a great model.

Akech is a professional model who first started modeling at the age of 16 from an agency named Chadwick Models. Prior to getting signed at that agency, she was offered modeling projects by some local agencies when she was 13 but she officially debuted in the modeling industry after she turned 16. She first walked on the runway in a local fashion show followed up by Melbourne Fashion Week.

After some local fashion shows, she finally made it to the highly acclaimed Saint Laurent's S/S 17 show at Paris making her debut in fashion week. After her big time debut, she was then signed to a chain modeling agency called Elite Model Management in Paris. Being linked to Saint Laurent's team she had done 4 campaigns and walked at a closing model for two shows. 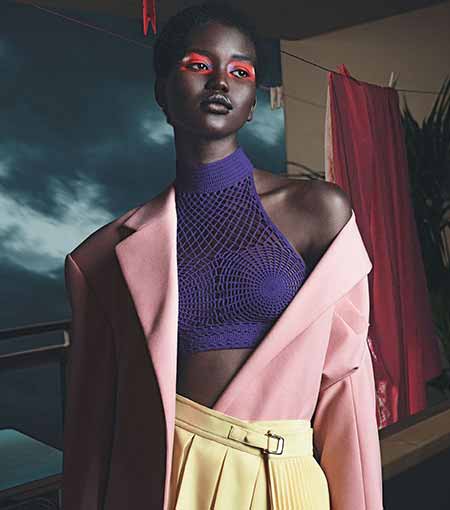 She did two shows for a clothing company named Valentino and was involved in a campaign with them. For the Spanish company Zara and for the Italian house Moschino she did one campaign each. In her modeling career, she has walked for big fashion names like Givenchy, Jason Wu, Versace, Alexander McQueen, Anna Sui and many more.

Besides modeling, she is also an editor who writes blogs and articles for magazines. She has written some pieces of her writing for Vogue Italia, American Vogue, British Vogue, T Magazine, I-D Magazine, Le Monde M Magazine and also featured in the covers of some magazines like Elle Croatia, L' Officiel Singapore and 10 Magazine Australia.

Akech was chosen as the model to be shot for the calendar shoot in 2018 for Pirelli Calendar which was shot by photographer Tim Walker. For the project, she was joined by some celebrities like Sean Combs, RuPaul, Naomi Campbell, Sasha Lane and Lil Yachty.

In the Chanel Haute Couture Fall 2018 show in Paris, she made news by being the second black model for the Couture show. She became a Chanel bride after Alek Wek. She was handpicked by Karl Lagerfeld to be the bride of the show.

Adut Akech's net worth is not estimated as of yet. She is a model who has grabbed huge attention from her works. As she is a model signed to Elite Model she is paid an average salary of $342 hourly. The hourly basis salary can range from $316 to $421.

Chadwick modeling agency pays an average salary of $62,204 to their LLP models. The salary can range from $53,782 to $69,416 according to the model's levels and experience.

Akech is not involved in a relationship with anyone at the moment. She is focused on her career. Her inspiration in the fashion world is Alek Wek whom she looks up to a lot and wants to be a hardworking model like her.

She didn't ever think she would gain this much fame in the industry since she wasn't really confident that dark skinned girls would be prioritized in the modeling world.

Her modeling agent Martin Walsh from her debut agency Chadwick Model Agency has nice things to say about her and states Akech is very professional & intelligent at the same time.

Throwback to one of the best nights of my life with my @maisonvalentino family at the 2018 met a gala. Thank you @pppiccioli I love you!!

Besides Alek Wek, she is also a huge fan of Naomi Campbell whom she met during the Pirelli Calendar shoot. They became close and says they even chat in social media regarding things.

As she is a model she has a very strict skincare routine and uses a cleanser and rose water to clean her skin. She uses a moisturizer always to protect her skin for damage and from drying out.

Akech has a slim figure with sharp features which makes her stand out in the photographs and during ramp walks. She has brown eyes and black hair. Her body measurements are: