Twenty-two-year old Agatha Pricilla is one of Indonesia's most popular celebrities. She started her career as a singer but later tried her hands in acting and modeling and excelled in both.

Is The Indonesian Singer Single? Or Does She Have Someone Special?

The Indonesian singer Agatha is currently in a romantic relationship with Zakari Danubrata. Her boyfriend Zakari is also a singer who is the vocalist and drummer and percussionist of the Indonesian band "Vutura Mantra."

The "Love RockStar" actress opened about her romance with her lover when she posted pictures on her Instagram in 2018. The celebrity couple seems to be closely bonded and spends time together whenever they are free. They often give a glimpse on their love life through their respective social media. 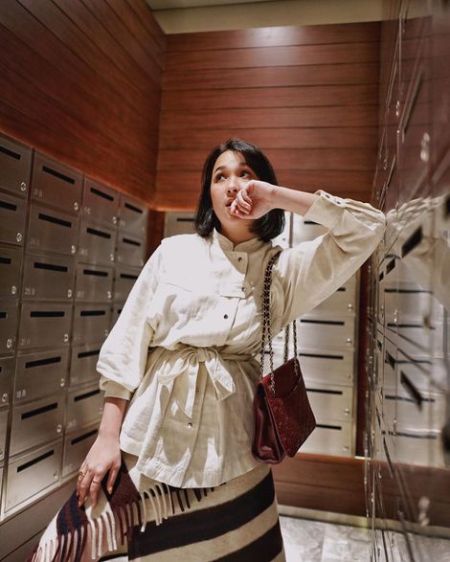 Besides her partner, Agatha she also appreciates the company of her family and friends.

"Tell Me Why" Singer's Net Worth And Earnings

Check out the clip of Agatha Pricilla singing!

The "You're still her" singer is quite big on social media and likewise earns from it as well. Boasting almost two million Instagram followers, she receives amount ranging between $3,680-$6,133 for every promotional post.

On-screen, she most recently appeared in the movie "Free," in which she played the character of Jessica. Similarly, in the film, she worked alongside Amanda Rawles, Baim Wong, Brandon Salim, Indy Barends, and many more.