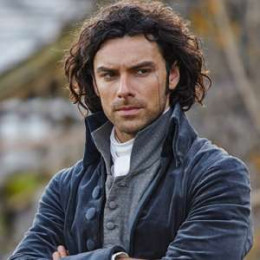 Aidan Turner, an Irish actor, is currently single. He is well known for his role as John Mitchell in the supernatural drama series �Being Human�. Aidan was born to mother Eileen, a carpet shop worker, and father Pat Turner, an electrician. He graduated from The Gaiety School of Acting in 2004 and started to appear in several theater plays including "The Plough and the Stars", "A Cry from Heaven and the Stars", and "Romeo and Juliet".

Aidan Turner started his acting career in 2007 with the first episode of the TV series “The Tudors”. He previously had a relationship with Lenora Crichlow in 2009 but the couple did not continue their relationship and they broke up in 2011. Afterward, Aidan started to date Sarah Greene in 2012, but the relationship did not last long. He has not been part of any rumor or controversy yet. Turner co-starred actress Amy Manson no Desperate Romantics.