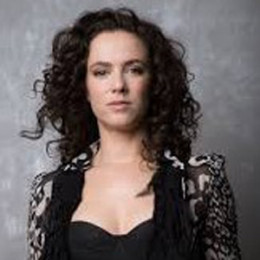 Amy Manson is a Scottish actress. She is best known for her portrayal as Alice Guppy in Torchwood. She has portrayed Lizzie Siddal in the BBC 2 period drama series, Desperate Romantics. She won Best Performance Award (female) at Critics' Award for Theater held in Scotland in 2008.

Amy Manson was born on 9th September 1985, Aberdeen shire, Scotland, UK. She grew up along with two other siblings: brother, James, and sister, Ailsa.

At the age of 17, Manson attended a Saturday drama school called Stage Coach before moving to London. There she joined the Central School of Speech and Drama, where she got her training. She currently resides in North London.

Manson began her acting debut in 2006. She played the role of Martine McKenzie in the British police procedural TV series, The Bill.  She was seen in two TV series: My Family and Nearly Famous the following year.

In 2007, Manson debuted in a film as well. She portrayed Jodie Hatfield in the American horror movie, Pumpkinhead: Blood Feud. She was cast alongside Bradley Taylor, Claire Lams, Rob Freeman, and Lance Henriksen.

Manson also appeared in an American natural horror movie, Blood Monkey the following year. She was cast alongside F. Murray Abraham, Matt Ryan, Matt Reeves and Laure Aikman. The movie was released on 24th September 2007 in Greece and 27th January 2008 in the United States.

In 2008, Manson acted in a theater play, Six Characters in Search of an Author. The play was performed at Lyceum Theater and Citizens Theater. For her outstanding act in the play, she won Best Performance at the 2008 Critics’ Awards for Theater in Scotland.

Manson was seen in several TV series including Doctor, Torchwood, Being Human, Outcasts, Misfits, and Atlantis. In 2013, she was cast in John McKay’s directed romantic comedy movie, Not Another Happy Ending. The movie premiered at the Edinburg International Film Festival on 30th June 2013. She was cast alongside Karen Gillan, Stanley Weber, Freya Mavor, Gary Lewis and Kate Dickie.

Currently, she is working in the British-American historical fiction television series, The White Princess. The series was directed by Jamie Payne and Alex Kalymnion. She was cast alongside Jodie Comer, Rebecca Benson, Kenneth Cranham and Essie Davis.

Amy Manson, 32, is not married yet. She is focusing on her career.  She is struggling really hard and waiting for improvement in her upcoming movies and TV series.

Being quiet secretive about her personal life there is no any rumor regarding her love affair. She might have a boyfriend in the past but she has not confirmed about the fact.

Manson was once linked to Ben Turner. She lived with Ben in Bristol for three years. The couple had a relationship for the longtime. She met Ben while appearing in the BBC medical drama.

The couple split in 2011. She said that their relationship was doomed. According to her, work was the main reason behind their separation.

Manson is one of the popular Scottish actresses and has high income from acting career. Looking at lifestyles, it can be said that she has maintained a good net worth in her life.