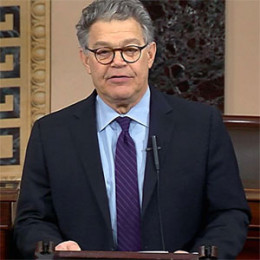 Comedian, producer, writer, author, and politician Alan Stuart Franken is the holder of prestigious awards including the Grammy Award, Primetime Emmy Award and WGA Award presented for his wonderful performance as a comedy expert. The witty politician has much to show for in the political front too, contributing immeasurably in the field of healthcare. He was conferred with the USO's-Metro Merit Award for his decade-long involvement.

Al Franken was born on 21st May 1951 to printing salesman Joseph Franken and real estate agent Phoebe Franken, both Jews. He graduated from The Blake School in 1969.

Franken and his partner Tom Davis worked as original writers and occasional performers on Saturday Night Live (1975-1980, 1985-1995). He has received seven Emmy nominations and three awards working as a television writer and producer, producing characters such as self-help guru Stuart Smalley.

In 1986, the duo wrote the script for comedy movie One More Saturday Night where both appeared as rock singers in a band called Bad Mouth. In 1980, Franken left the show after he had mocked controversial president Fred Silverman by showing poor ratings of NBC programs, but rejoined in 1985 and worked as one of the show’s producers until 1995. 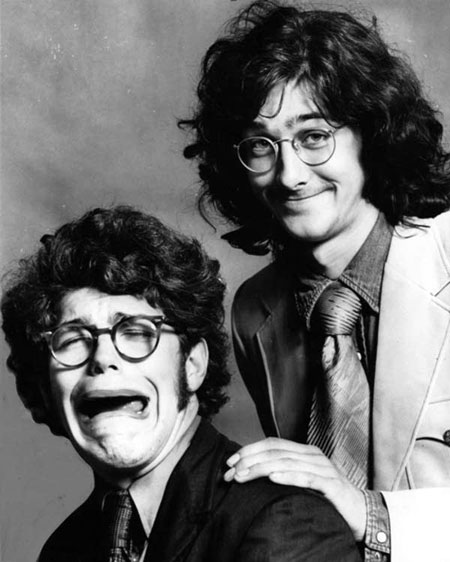 He is most famous for his appearance as a commentator on the Weekend Update sketch as self-help guru Stuart Smalley. The character of Stuart Smalley was revived in Franken’s book I’m Good Enough, I’m Smart Enough, and Doggone It, People Like Me, and film Stuart Saves His Family that was commercially a disaster. He contributed to the writing and producing of the film When a Man Loves a Woman (1994), featuring Meg Ryan.

Franken started his political career in 2007. He announced he would run for the Minnesota Senate on 14th February of 2007, and won the Democratic primary for Senate seat. In 2009, Franken won the election after a Minnesota court had announced in favor of Franken. In July of 2009, Franken formally got the seat. In the second election, Franken again was victorious after his opponent Mike McFadden was outvoted.

Since then, he has made many lucrative propositions especially in the sector of health care. Franken authored an amendment called the Medical Loss Ratio, to the Patient Protection and Affordable Care Act, according to which insurance companies paid 80% of the premium on health care costs and 85% in case of a large group plan.

It was his proposed amendment in the healthcare sector that saved $3.4 billion consumer money on premiums and resulted in nationwide rebates of $1.1 billion in 2012 and $500 million in 2013.

Franken’s wife Franni Bryson studied in Harvard with him. They decided to be with each other in the very first year. They moved to Minneapolis, Minnesota in 2005. They have a son and a daughter together. His daughter Thomasin is the director of extended learning at DC Prep, and his son Joseph is an employee at finance industry.

When Franken met Bryson in Harvard in 1969 the pair immediately fell in love, as described by Bryson. They got married in 1975, while Franken had just started working for Saturday Night Live. Despite having a healthy marriage of many years, Bryson did have some complaints with her spouse. She talked about Franken’s alcoholism publically in a Senate campaign ad for Franken.

“How could a mother of two fabulous, healthy children be an alcoholic? When I was struggling, Al stood right by my side and he stood up for me. The Al Franken I know stood by me through thick and thin.”

Franken often gives credit to this ad as one of the major reasons he came out victorious in his Senate bid. He claims many decided to vote for him after meeting his wife. 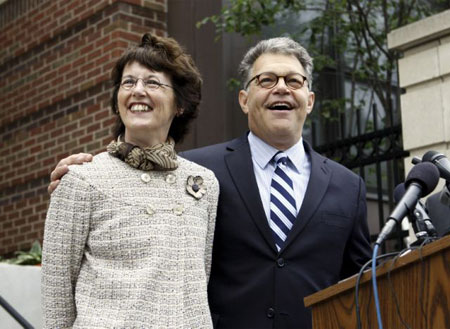 In Bryson’s official bio which presents her as “Al’s life partner and political soul mate”, it says she traveled around Minnesota trying to please everyone, “bringing pies and winning hearts” to them, with an intent to support his husband running for elections.

Franken was a subject to a number of sexual harassment allegations. He was first accused of the misconduct after a radio news anchor named Leeann had said he forcibly kissed her during a USO tour in 2006. At the Minnesota State Fair in 2010, Lindsay Menz accused him of grabbing her rear while posing for a photo. Franken told he didn’t remember taking a photo with the abused.

Two anonymous women have told HuffPost that Franken grabbed their buttocks at two separate events. One of the women complained the Senator attempted to bring her to the bathroom with him. Franken denied the accusation saying he didn’t remember doing such thing. A formerly elected official in New England also told the media Franken had attempted sexual misconduct on her.

Altogether eight women have reported sexual misconduct against Senator Al Franken. As a result, he had to forfeit his seat. He says it would be hard for him to continue working as Senator after multiple accusations had ruined his reputation. He wasn’t left with much choice as many Senate Democrats have urged him to resign.

Al Franken has a net worth of 8 million USD and used to have an annual income of $174,000 per year as the Senator which is ten times more than a typical member of Congress or Senate.

From Franken’s days as comedian/writer/producer, he is speculated to have made up to $50,000 in interest in 2012 from Broadway Video Inc. He earned royalty money from scriptwriting, songwriting, performing, and producing in late night Saturday comedy show as well as in Saturday Night Live merchandising.

After resigning from as the Minnesota Senator, Franken bought a home in Greenville, Alabama. He owns a condo in Minneapolis. The average cost of a condo in that area is $150,000.