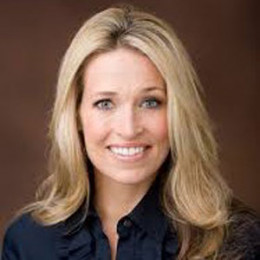 The popular sportscaster Alex Flanagan also works as a sideline reporter for NFL Networks and NBC Sports. As a sports lover, she actively covered a variety of sporting events including Olympics games and eight Super Bowls. Flanagan is married and fully committed in her relationship with her husband Kevin Flanagan. Both the husband and wife share the equal interest in sports which makes them a perfect pair.

Alex Flanagan was born on September 22, 1972. She attended Salpointe Catholic High School, Tucson. Alex obtained her graduate degree from the University of Arizona. She is the daughter of a carpenter and a nurse. She was a sports girl from her early age making football her favorite game out of all.

Flanagan started her career as an intern at KVOA-TV. She was still in her college at that time and was the member of the Gamma Phi Beta Sorority.

After her graduation, Alex joined KCCO-TV in Alexandria, Minnesota as a weekend anchor and reporter. Later on, she got an opportunity to work at several stations such as Fox Sports, ESPN and NFL Network as well as NBC Sports.

The Fox Sports Networks employed Flanagan as a reporter on The Keith Olbermann Evening News. She also featured as a reporter for the National Sports Report and as a producer/reporter for the Emmy-nominated magazine show Goin’ Deep. The show was firstly hosted by Joe Buck followed by Chris Myers.

As of now, Alex is working for the NFL networks as a host and reporter. She is serving the station since 2006. Apart from her career, she is involved in the popular game show Madden 10 and Madden 11.

The beauty and brain Flanagan is a married woman and is living happily with her husband Kevin Flanagan. Kevin is the former University of Arizona basketball player.

She has a total of three children among which two are daughters and one is a son. The love and bonds the duo shares leave no chance of a divorce to occur in their lives.

Alex makes a decent amount from her career as a journalist. Her current estimated net worth is $750 thousand.