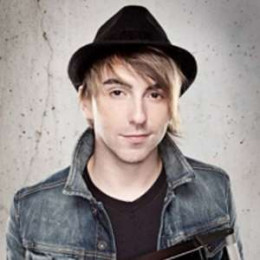 Alex Gaskarth is an English-American singer and rhythm guitarist with the pop punk band "All Time Low" alongside drummer Rian Dawson, guitarist Jack Barakat, and bassist Zack Merrick. He was born to mother Isobel Gaskarth and father Peter Gaskarth. He moved to the United States at the age of seven. Alex began covering popular punk songs as a teenager before signing his first record deal in 2004.

Alex Gaskarth and his bandmates released their debut EP, The Three Words to Remember in Dealing with the End, in 2004 with a local record label called Emerald Moon.The band released three consecutive top ten albums from 2009 to 2013: Nothing Personal, Dirty Work, and Don't Panic. He previously had affairs with Meg Frampton and Janelle Hansen and is currently married to Lisa Ruocco.

Lisa Ruocco and Alex Gaskarth have been married for few months. They were dating for 11 years after getting together in 2004 and married after a year of engagement.