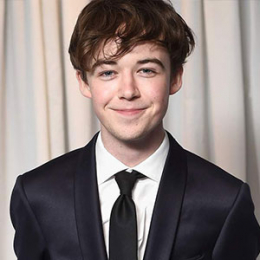 Famously known for playing a gay character and supports the LGBT community, Alex Lawther is one of the popular British actors. He started his acting career at the age of 16 in David Hare's play ‘South Downs’. Likewise, Lawther acted in several projects such as The Imitation Game, X+Y, The End of the F***ing World which are thoroughly popular among audiences.

Alex Lawther is possibly single at the moment and currently out of dating rumors. He is quite hardworking and career-oriented which might be the reason, he always prioritizes his work than anything else. 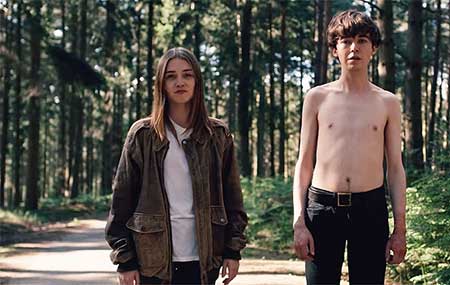 Alex Lawther in the set of The End of F*****g World with co-actor.
SOURCE: tv-dat

Lawther often played a gay character in his movies and people are speculating that he might be from the LGBT community but nothing has officially confirmed from his side.

Alex is one of those actors who prefers to keep themselves away from the influence of social media because he believes, social media is unnecessary stress, so he avoided social media. However, he has several fan pages on Instagram and Twitter. Looking at Lather fanmade Instagram he seems simple and fun loving guy but we could not see anything crazy.

What is Net Worth of Alex Lawther? Also, Know About His Earnings and Income;

Alex Lawther holds a net worth around $2 million ballparks. According to Pyasa, a Netflix actor paid an average of $52,136 from their appearances in movies and TV series, so, Alex also earns the same figure.

In 2014, the actor featured in the historical drama film, The Imitation Game starring Benedict Cumberbatch, Matthew Goode, Keira Knightley, and others. The movie grossed the box-office collection of $233.6 million against the budget of $14 million.

Alex Lawther was born on May 4, 1995, in Petersfield, Hampshire, England to lawyers parents. He grew up with his two siblings; Cameron Lawther (Elder Brother), Ellie Lawther (Elder Sister). 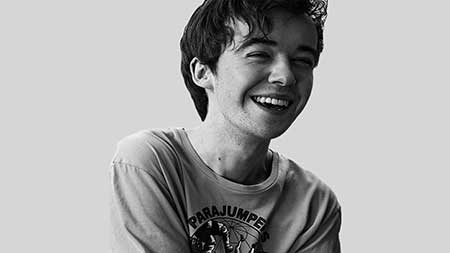 Lawther attended Churcher's College in 2009 and he wrote and developed a play as a part of his drama club. Moreover, Alex studied acting at the National Youth Theatre and in 2010 he worked with his brother in The Fear.

Alex Lawther started acting career in 2011 from John Blakemore in David Hare's play South Downs. The actor, however, made his screen debut with historical thriller, The Imitation Game in 2014 for which he also won London Film Critics' Circle Award.

In 2015 he played in lead role in the critically acclaimed drama film ‘X+Y as Elliot in Andrew Steggall’s film ‘Departure’ along with Juliet Stevenson. Furthermore, he was in TV series The End of the F***ing World, and his performance was highly praised.