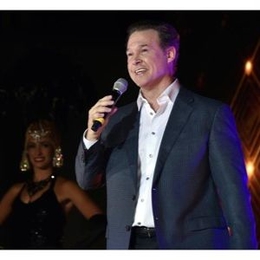 Alex Meruelo is a world-famous billionaire who's been holding business interests in real estate, banking, media, eateries, casinos, and sports. He is a founder of Meruelo Group, as well as Meruelo Media who owns five television and radio stations in LA. Well, everyone is familiar with the New York City-born businessman and his profession but what about his personal life? Let's find all out in detail.

Alex Meruelo is enjoying a blissful married life with his longterm girlfriend turned to a spouse, Liset Meruelo. The pair tied the knot way back in 1990 during a private wedding ceremony. 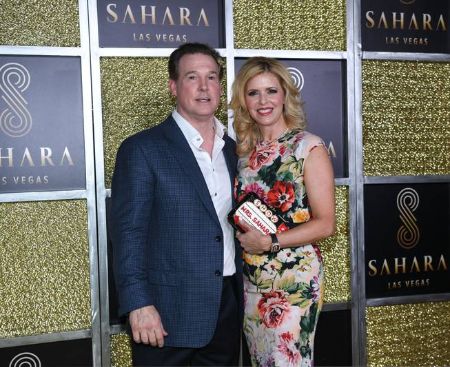 Alex-Liset duo has been an inspiration to all the modern-day lovers as relationships these days seem to be quite short and susceptible to divorce. Liset is not only popular as the life partner of Alex Meruelo but she's been a real-life support system to her billionaire husband.

Liset doesn't just flaunt her chemistry with her beau, she has his back throughout all the ups and downs. Alex and Liset frequently make appearances at events including the SLS Las Vegas rebranding on June 27, 2019.

No matter how hard Meruelo tried to hide the details of his family, Alex failed to hide the fact that he is a father to three beautiful children.

Alex Meruelo accumulates a staggering net worth of $2 billion as of 2020. The 56-year-old bags millions of dollars from development and construction firms, media stations, and casinos. 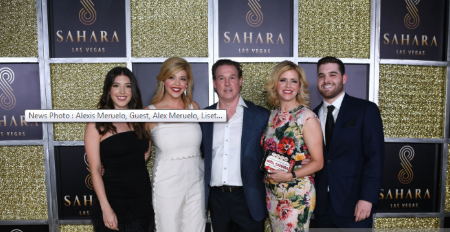 Meruelo started his career working in his father's tuxedo business. Later on, he opened his first pizza restaurant that later became a part of chain La Pizza Loca Southern California in 1985. Alex took over a failed pizza place and in between five years, he extended it into 25 locations and $10 million in annual revenue.

Mr. Meruelo had to spend $100 million to get the SLS whose aim is to transform the SLS into a Latino-friendly casino that appeals to the general public. Liset's husband utilizes his media assets to promote one another. He has been running contests on Power 106 that sends listeners to his SLS casino in Vegas. All in all, Meruelo once attempted to purchase NBA's Atlanta Hawks. Currently, the family of five resides in their house located in Reno, Nevada.

The real estate mogul shares a lavish apartment worth $3.6 million nearby The Park Imperial.  Alex purchased a 8,500 square foot house at 36 Indian Creek Drive in Miami for $7.05 million in May 2008. The pair owns some real estate properties in New York, The Langham, and Colom Island in Spain.

Alex Meruelo was born and raised on March 27, 1964, in New York City, United States. His parents who moved to LA, California to hold a bridal shop and invest in real estate were accountants and fled the Castro regime. Growing up in a business-minded family background, Alex invested in real estate as a young kid. He slowly and gradually sold a position to Walmart, making him a millionaire in the early 20s. Meruelo went to the Don Bosco Technical Institute in Rosemead, California. He received a B.S. from California State University, Long Beach.

Alex Meruelo is married to Liset Meruelo since the 1990s. They have been together for more than three decades.