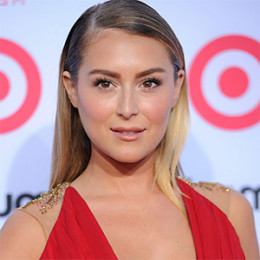 Alexa Vega, an American actress, and singer, was born in Miami, Florida and raised in Ocala, Florida. She is mainly known for her role in the movie Spy Kids as Carmen Cortez. Alexa was born to Colombian father and mother Gina Rue who previously worked as an American model and later moved to California with her family. She formally started her acting career from the show Twister in 1996. Alexa rose to fame after the 2001 movie Spy Kids. She even recorded the soundtracks for the movie Spy Kids while she was working at it. Her debut single was "Isle of Dreams."

Vanity Fair magazine listed Alexa Vega as the year's hottest teenage celebrity in 2003. She is fluent in Spanish as well and is also good in gymnastics. Alexa has a special interest in freshwater fishing and is good friends with American actress AnnaLynne McCord. Alexa has been married twice and has no children. However, there has been a rumor that she is expecting a child with her second husband Carlos PenaVega.

Sean Covel is a movie producer based in the US. Alexa married Sean after dating with him for a year. They got separated after a year of marriage.

Alexa met Carlos in 2012. He is an American singer and an actor. They dated for 10 months before getting engaged and then married.