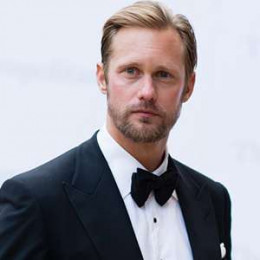 Actor, Alexander Skarsgard is best known for his roles as a vampire 'Eric Northman'. He is a son of an actor Stellan Skarsgard and his first wife, My Agnes, a physician.

In 2003, his work in Hundtricket-the Movie named 'The Dog Trick' earned him a Guldbagge Award nomination for Best Supporting Actor also named the Sexiest Man in Sweden five times.

Skarsgård was the US Ambassador for the American team for a Walking With The Wounded fundraising event for wounded soldiers. In 2011, Skarsgard won Scream Award for his movieTrue Blood in a category of Best Horror Actor.

Alexander Skarsgard has been in a relationship with Alexa Chung, a fashion model, television presenter, and contributing editor at British Vogue since 2015.