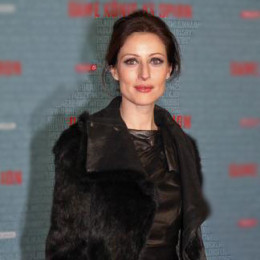 British jazz and electronic singer, Alexandra Edenborough is best known by her stage name, Alex E. She made musical debut in the nineties and still working in the same field. One of her albums, Touchez-Moi is one of her life’s most significant achievement.

Alexandra Edenborough was born on 22nd March 1978 in Somerset, the United Kingdom. She is British and belongs to White ethnicity. She studied at King’s Hall School and later graduated from the King’s College in Taunton.

Alexandra Edenborough began her career from the nineties as a pop singer and a songwriter. She is best known by her stage name, Alex E. She released her first self-titled album in 1998. The single'Tonight' from the album peaked #1 in Asia.

She also collaborated with groups like Vitamin C in 2000 and Lotus Group in 1999. Later on, she also appeared as a jazz singer for several years in LA.

In 2011, she released an album titled, Touchez-Moi labeled by Side Tracked Records.

Alex E is currently in a relationship with her actor boyfriend, Andrew Gray McDonnell. They are together since 2014. The pair welcomed their first baby on 8th January 2017 and named him as Jasper Gray.

Previously, Edenborough was married to English actor and filmmaker, Gary Oldman in 2008 making her his fourth wife after Lesley Manville, Uma Thurman, and Donya Fiorentino.

The couple got married in the New Year Eve in an intimate ceremony after dating for several months. The pair despite 30 years of age gap came together, but the relationship did not last long and separated in 2014 and finalized the divorce in 2015. Later on, it came out that the huge age gap became the prominent reasons behind their separation.

Alexandra Edenborough is better known as a jazz singer earned a good amount from her profession. However, the exact figure is not public. While married she did share her husband's fortune of $40 million.

After the divorce, she received $3.3 million from her ex-husband as a divorce settlement. She also made a decent sum from her music and albums. It looks like she is living a lavish lifestyle as she often posts pictures of her travel and parties on her Instagram account.

On 31st December 2008, Alexandra Edenborough tied the knot with a popular actor, Gary Oldman in a cozy ceremony despite the huge age difference as his fourth wife. Later on, the couple ended their seven years of long relationship in 2015.