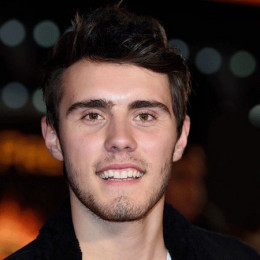 An English vlogger, YouTuber and author who is widely known for his You Tube channel PointlessBlog channel. He have already gained more than 4.3 million subscriber in his YouTube channel. He started to upload video in YouTube from the age of 15. His videos are typically based on observational humor. In 2014 he released his first book series named "Pointless Book" which also helped him to gain tremendous popularity. He has also worked in collaboration in pair of videos with popular singer Ariana Grande for the You Generation YouTube channel. In 2015 he was awarded with Nickelodeon Kid's Choice Award for Favorite Vlogger in the UK.

Moving to his personal life he has not married yet. But that does not means he is still single. Currently he is off the market ans he is dating his longtime girlfriend who is also a vlogger. He has featured her in plenty of his videos. She is cute and gorgeous. Couple's picture can be found in his Instagram account named @pointlessblog. His fan also can follow him in same account to be more updated about him.