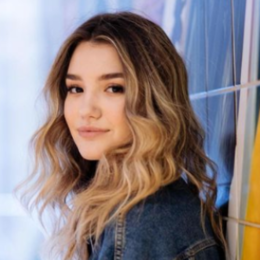 Ali Skovbye is a Canadian actress best known for portraying Grace and Paige on ABC hit series Once Upon a Time. She has been in the entertainment industry since eleven years of age. Alissa made her debut in the movie One Christmas Eve.

Is Ali Skovbye Dating? Who's Her Boyfriend?

It is no suprise, Ali Skovbye is no more single. She is in a relationship and started dating her partner on September 5, 2020. On January 28, 2022, Alissa uploaded a cozy picture of herself with her mysterious guy in which both of them wore black outfits. Except for the black hat boy, Ali was never seen with any guys. 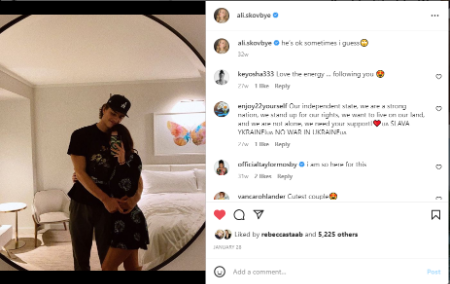 Ali Skovbye shows off chemistry with her boyfriend. SOURCE: Instagram

The Once Upon a Time cast is still young to get married to her lover. However, they have spent a lot of time together at hotels. On the auspicious occasion of Alissa's birthday, her boyfriend and Ali's friends organized a birthday party at a restaurant on May 20, 2022.

Ali Skovbye, 22, possesses an estimated net worth of $1 million as of 2022. She receives a decent amount from her successful modeling and acting career. Alissa makes $48,750 - $122,070 per year and $25 per hour, which is the primary income of an actress in Canada. 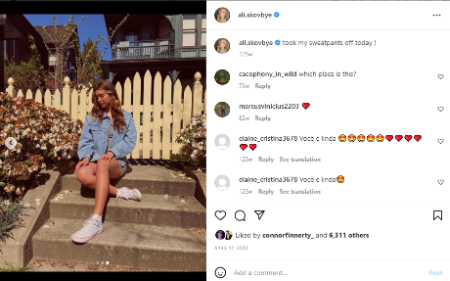 Ali Skovbye lives a luxurious life in Canada. SOURCE: Instagram
Ali's million-dollar fortune includes her assets, bank balance, and income. Skovbye bags a decent amount from ads, endorsements and sponsorships as well. Likewise, her sister Tiera Skovbye has a net worth of $4 million. She is a steadfast supporter of the young generation's mental health awareness.

Movies and TV shows: Once Upon a Time

Skovbye started her acting career at five, portraying Beth in the feature film Personal Effects with Bates, Kutcher, and Pfeiffer. In addition, she made a guest appearance with sister Tiera Skovbye on Once Upon a Time and Supernatural.

Check out the clip of Ali Skovbye in an interview!

Moreover, Skovbye was one of eight girls who auditioned for the role of Beverly Marsh in Stephen King's It. Later, the director Cary Joji Fukunaga took her out of the project due to creative differences. Ali booked her initial lead in the movie One Christmas Eve when she was eleven.

Ali Skovbye played the role of Samantha in the American television movie Adventures in Babysitting. Besides, the starlet appeared in tv series such as Motive, Smallville, Falling Skies, The Man in the High Castle, When Calls the Heart, and You, Me, Her. Currently, Alissa Skovbye is focusing on her latest project, a Netflix series Firefly Lane.

Alissa is the younger sister of the famous Canadian actress and model Tiera Skovbye (born on May 6, 2002). She has had a keen interest in acting since age four. Ali did her first commercial in the Cadillac vehicle advertisement. 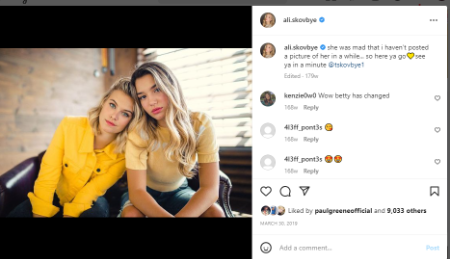 Ali Skovbye grew up acting with sister Tiera Skovbye. SOURCE: Instagram
Later, Ali appeared in popular TV shows like Motive Supernatural, R.K. Stone's The Haunting Hour, and Fringe. More than that, Skovbye has an interest in comedic roles and enjoys Disney shows, but she can play disturbing and weird characters.
Ali and Tiera used to watch tv shows and movies and act accordingly by holding crayons and talking to the bookshelf. The actresses' parents, including mother Tine Skovbye, supported their children in pursuing their dreams. However, Ali joined the entertainment industry a few years later than her sister Tiera.
Alissa Skovbye's sibling Tiera got engaged to her boyfriend, Jameson Parker, on August 14, 2017. Following the nuptials, Tiera spent the weekend with her fiance hanging out on the lake with their families. The star couple started seeing each other years ago before they said "I do" in a lavish ceremony.

Alissa Skovbye was born on May 20, 2002, in Vancouver, British Columbia, Canada. She comes from a Scandinavian background, and her extended family resides in Denmark and Sweden. Ali had a keen interest in acting from an early age.

Even though Ali did not pursue an acting career at first like her elder sister Tiera Skovbye, she immediately became curious at the age of four. Skovbye booked her first commercial in an advertisement.

Skovbye started her career at age four after being scouted for a national car commercial. She directly stepped into the television and film industry the following year. She made a screen debut by starring in Hat Trick. Her most recent project includes Lady of the Lake.

The Canadian artist Ali Skovbye has amassed 93.1k followers on Instagram account "ali.skovbye". She joined on August 17, 2016. According to Alissa, her latest project Firefly Lane is streaming on Netflix.

Skye has an appealing body structure and clear glass-like skin. She stands at 5 feet 8 inches and weighs 53 kg. The blonde haired goes to the gym and takes a balanced diet to stay fit. 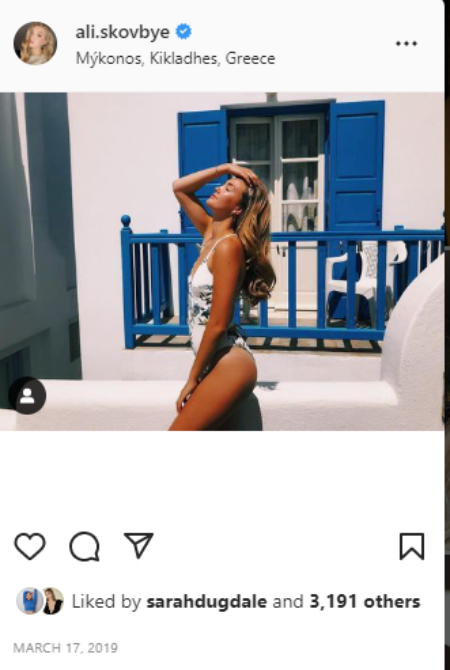 Alissa flaunts a slim hourglass-shaped body measuring 32-23-33 inches. The British Columbia-born actress is a non-vegetarian who likes exploring varieties of cuisines, including plates of seafood.